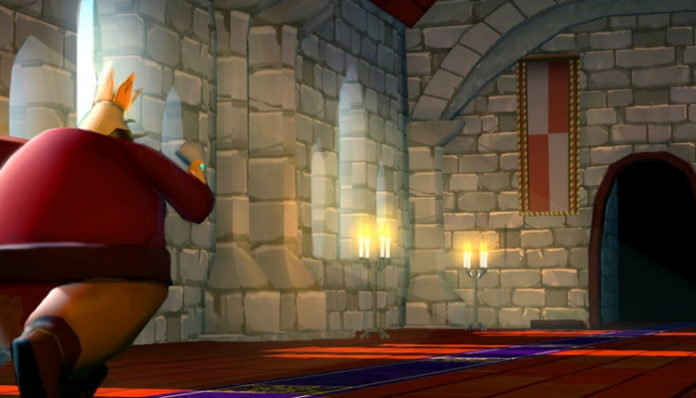 Earlier this year, the mobile platform was treated to one of the most unique puzzle game it has seen in a while: Roterra. In this game, gravity manipulation was the core mechanic. If you were a fan of that game, we are pleased to inform you that a mini-sequel is almost here!

Roterra Extreme – Great Escape is the official mini-sequel to the original Roterra. The original game told the story of Princess Angelica who was able to manipulate the world as she saw fit, and she used this ability to escape her power-hungry brother, Orlando.

In Roterra Extreme, players take on the role of Orlando, who is now on the run after he failed to capture Princess Angelica. The world of Roterra itself is now turning on him as punishment for trying to steal Angelica’s magic, and now he must solve far more challenging puzzles.

Thematically, of course this means that the puzzles you will come across are more difficult than in the original Roterra. Prepare to literally think outside the box as you rotate and flip the world as you see fit. This time around, you will be able to control multiple characters to figure out the puzzle from different perspectives.

With over 35 puzzles across 10 different levels, Roterra Extreme is a must-play for any puzzle game fans looking for a challenge. The game is scheduled to launch on November 14, 2019 for 0.99 USD on the App Store.