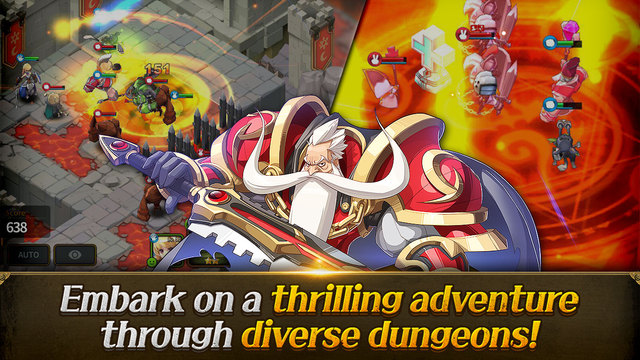 The new game is called Fantasy War Tactics and it’s been developed by Korean team Nexon, who has developed several other free to play games. In the new game from the team, players will have to control a team of heroes as they try to fight an ambitious wizard with world conquering aims. Definitely not the most original premise ever, but thankfully the game offers much more.

Fantasy War Tactics promises to keep players occupied for quite some time thanks to the huge amount of content. During their time with Fantasy War Tactics, players will be able to explore over 180 dungeons, travel through 12 different regions, fight a variety of enemies and engage other players in the PvP mode.

To celebrate the game’s launch, players will be able to obtain a variety of extra in-game goodies that will surely be helpful to all those who are just beginning their journey through the world of Fantasy War Tactics.

Fantasy War Tactics is now available for download on the App Store. You can learn more about the game by checking out a trailer right below.