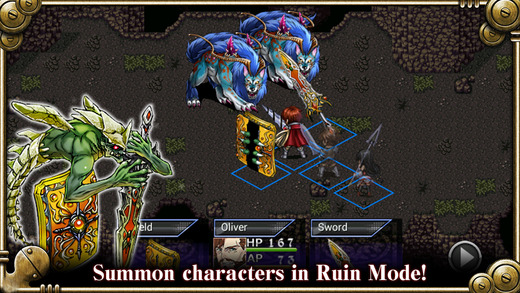 Dead Dragons is one of the many Japanese role playing games developed by Kemco. The game was originally going to be released last year on the App Store but it failed to materialize before the end of 2014.

Those who were waiting for the game and were disappointed in not having been able to play it last year will be happy to know that the wait is now over, as Dead Dragons is now available on the App Store.

Dead Dragons stars a young man called Will who discovers that dragons aren’t extinct on his planet. Will wants to actually make sure that they all will be dead this time, only that a mysterious girl called Shikina will make him understand the connection between humans and dragons.

Dead Dragons’ battle system is definitely one of its more remarkable features. The rotation system allows players to decide during battle who should be on the frontline and who in the backline, adding some nice strategic depth. The Ruin Mode, which allows players to unleash devastating attacks, is another option that deepens the battle system and makes it quite enjoyable.