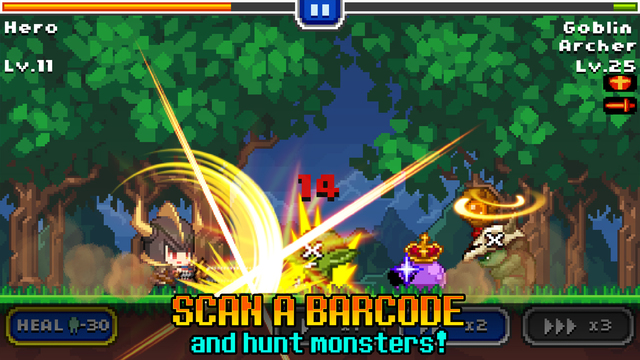 The new game from Magic Cube is called Barcode Knight and it comes with some features that aren’t that different from its predecessor. Instead of creating items through barcodes, this time players will be able to create dungeons from barcodes. A specific dungeon can be created with a specific barcode so it’s possible to play through the same dungeon over and over. Completing dungeons will allow players to improve their character and obtain new items, which can be fused together or sold for gold. If you have no barcode on hand, it’s also possible to generate dungeons with the use of AP.

Barcode Knight is a rather basic role playing game that’s made more interesting by the unique barcode scanning features. The fact that dungeons are always different depending on the scanned code will make sure you will play the game for quite a long time.

Barcode Knight is now available for purchase on the App Store in all regions.