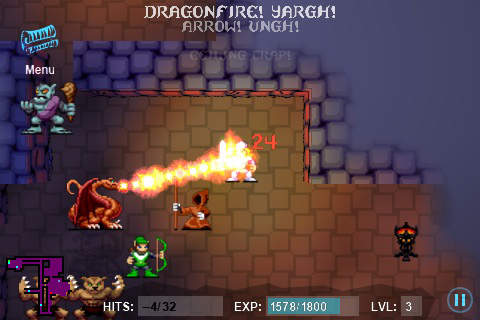 Sword of Fargoal is one of the oldest games released on the App Store. Even though the game has been made available back in 2009, the game has managed to age incredibly well, with any gamers still playing the game on their own iOS device.

The game has actually aged better than expected, since the iOS version is the remake of a classic game released back in 1980. The release on the App Store has allowed the team to introduce the game to a whole new audience as well as letting nostalgic experience the game with a new graphical look and interface.

Sword of Fargoal is also going to receive a sequel in the future, a game that’s been funded with a Kickstarter. Unfortunately development has been taking longer than expected. In order to give something to backers who are still waiting for the release of the game, as well as letting more gamers experience it, Sword of Fargoal is going to be free on the App Store for the next three days.

If you love roguelike games, Sword of Fargoal is still today one of the best games of the genre currently available on the App Store so make sure to take advantage of this limited offer if you’re interested in the game.

Sword of Fargoal is now available for download on the App Store.