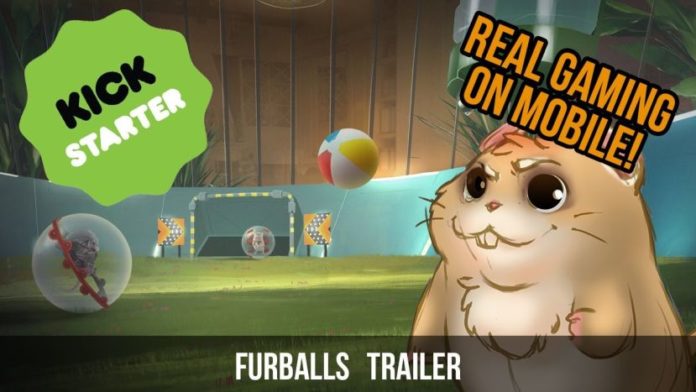 Rocket League is among the most popular indie games released in recent years. Despite the popularity, the game has yet to make the jump to iOS and Android, and the only option to play the game on the go is the Nintendo Switch.

Psyonix doesn’t seem to be interested in bringing their game to mobile, so it will be up to another game called Furballs to do so.

Furballs is a sports game clearly inspired by Rocket League, only that players will control hamsters instead of cars. These little creatures will move around the field curled like balls, so mobility will be extremely high. The game also features a simplified control scheme that will allow players to perform actions like jumping by tapping the screen.

Furballs will also come with controller support as well as plenty of multiplayer modes that will make the experience engaging. The various modes will have their own rank, so those who like to play solo or as a team won’t have to worry about their ranking tanking if they are forced to play a game they are not particularly good at.

Furballs is in the works for iOS and Android, but it requires some additional funding, which developers are searching through Kickstarter. You can check out the game’s official page to pledge money for perks or just to learn more about it.