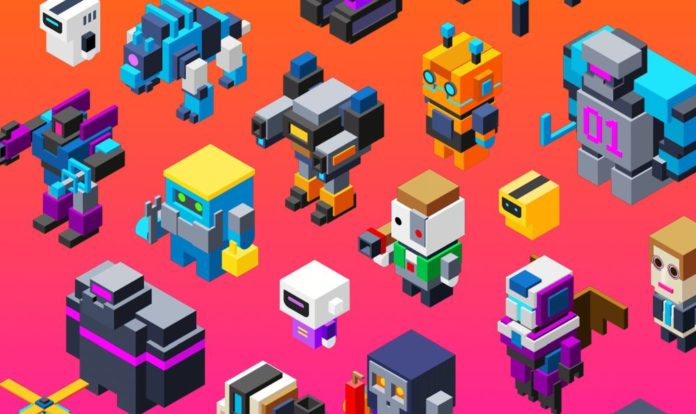 It seems that merging stuff is everything nowadays on mobile and it can’t get more fun than with Robot Merge. Mixing tapping gameplay with merging robots and idle mechanics, this is a really fun title that challenges you to do just that: merge robots and reach the highest possible levels.

And we’re here to help with a bunch of Robot Merge cheats and tips. We’ll tell you everything that you need to know about the game and help you unlock new robot levels fast, while making sure that you keep a steady flow of income and everything optimized. Because, yes, this is the most fun merging game we’ve ever played!

But enough praising – let’s check out the Robot Merge tips and tricks in our complete strategy guide below!

Always keep those robots working!
Did you know that more than one robot can work on a mine/business at once? It took me a while until I found that out, so hopefully this info is helpful. 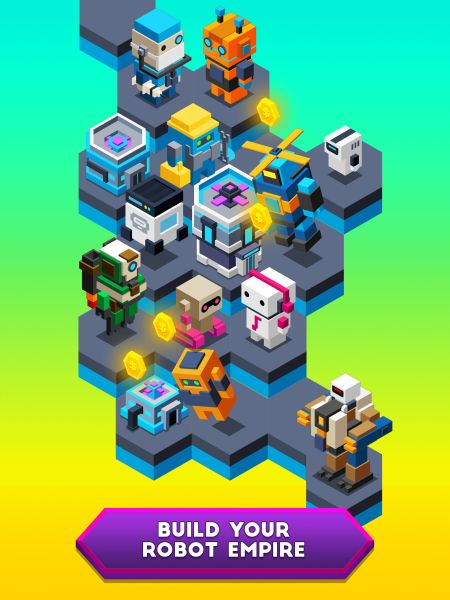 This means that all the mines you have unlocked can be worked by multiple robots at the same time, therefore increasing the income generated. So make sure that you have your robots working at all times, especially before you take a break from the game. This way, you maximize revenue (otherwise, robots will simply remain idle and do nothing).

When creating matches, have in mind that at base levels, a merged robot will generate roughly double the income of the previous level. This means that the higher the level of the robots you have on screen, the more money you will make.

The good thing is that robots, once merged, will continue working if you drag a robot over one that was already working. But it’s easy to see idle robots anyway, since they will have a “zzzz” written above their heads.

Focus on merging idle robots first
Keeping track on who’s working and who’s not in all that chaos – and especially optimize the levels of the robots is a bit difficult. This is why I recommend to always try to find a pair for idle robots first. They are useless anyway and should be dealt with immediately. 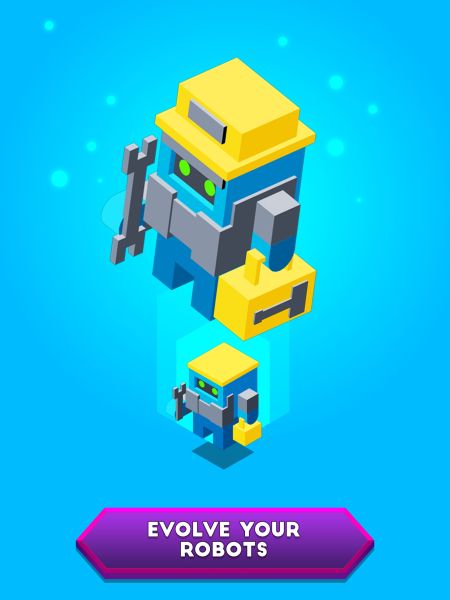 Sell robots you don’t need
You have the option to sell a robot in case you don’t need them. This rarely happens, but if it does – for example, when you don’t have a pair for a very low level robot – you can simply tap it and drag it towards the bottom of the screen.

This way, you can get rid of low level robots and quickly buy a robot of a level you have a pair for in order to start making some room to keep on matching and merging.

Invest money in leveling up robots
I think that you should mostly invest your money in increasing the levels of each of the robots that you own. This way, they will not only generate more money, but increase the chances of a lucky merge (which gives you an extra level when merging) and increase building percentage.

As buildings increase in levels too, they sooner that is done, the better since higher level buildings also generate more money.

You should rarely spend money on buying robots directly from the store, and only when you unlock high level ones that you want to quickly merge in order to free up some room. 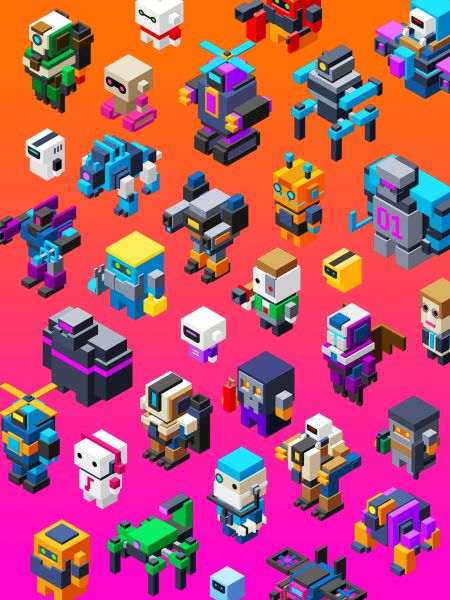 Leave the grid full of robots before you stop playing
When you decide it’s time to take a break, make sure that you leave behind a ton of working robots, ideally a full grid. You can speed up the deployment of new robots by tapping the “Fast Forward” button at the bottom.

Triple your income after being away
After spending some time away from the game, you have the option to triple your offline income by watching an ad. Make sure you do it: not only that you have a lot more money to buy extra upgrades or new robots, but you also repay the developers of this great game, since ads pay the bills.

This would be everything that we have for fellow fans of the game. If you have any additional Robot Merge tips and tricks to share, don’t hesitate to let us know by commenting below!