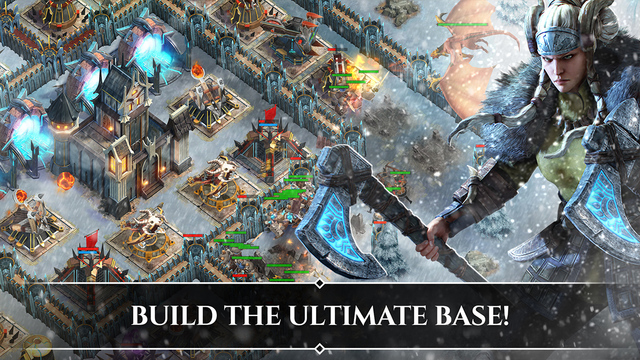 Rival Kingdoms: Age of Ruin is another entry into the popular city management genre. Build up a mighty base and raid other players to steal their gold, make pacts with mighty ancients who will help you win your wars, and take down the evil forces in the single-player campaign. We’ll help you create the ultimate kingdom with our Rival Kingdoms: Age of Ruin cheats, tips and tricks strategy guide!

The quests in this game work just like achievements in other games. You just need to complete a certain objective then you’ll be rewarded with some gold and sometimes diamonds. The game will always have a recommended quests for you to displayed at the top of the screen, and all you need to do is tap it and it’ll automatically take you to what you need to do. Doing these quests are a good way to rack up gold and diamonds!

2. Wall off your important structures!

Like many other city building games, walls are an important feature to your base. They can buy you extra time for attacks from other players, but remember to keep in mind that certain units can attack over walls! The Wardens, for example, are long-range bow wielders. They can easily take out a tower behind a wall if left unchecked.

3. Send in your soldiers first!

Wardens are going to be your main damage dealers for a while, so you’re going to want to protect them at all costs. A simple but effective strategy to use is to send in your soldiers first. Have them draw the attention of towers, then send in your wardens behind them. The soldiers will soak up damage giving your wardens free time to get some shots in.

Your ancient will grant you powers during an assault should you manage to collect enough mana. Each ancient has three abilities that you can utilize. For the starting ancient – Sulric – he has a area fireball attack, an armor buff for your troops, and a fire elemental summon. The fire elemental summon is incredibly useful, so you should try to save for it. The other two are useful as well, as the armor buff reduces tower damage by half for all of your troops. The fire elemental, however, is an additional troop for you to command. It has high HP and deals a lot of damage and is a great force to turn the tides of battle.

You will quickly learn that the easiest and fastest way is to attack other players. This holds especially true when you first start out because most players won’t have any good defensive structures up yet. Destroy all their buildings to collect some gold! You can do this without fear because when you’re starting out, you cannot be attacked as you have a shield active. This shield is active for about 10 hours, and it depletes even if you aren’t actively playing the game. Be sure to prepare your base for assault before the shield goes down!

These tips should be good for starting you out. If you know of any other base strategies, please share below in the comments!