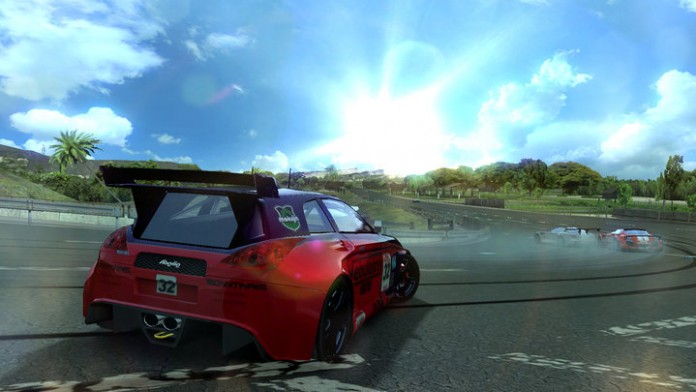 Slipstream, which is rendered on an entirely new mobile-centric racing engine according to Namco Bandai, will come equipped with several different single-player and multiplayer modes. At launch, both a standard Career mode as well as a less formal Arcade mode will be available and multiplayer modes will be added in through a post-launch update. There will also be a series of 108 different “Challenge races” spread across a total of six different Grand Prix series’ and ten different tracks.

Using the game’s car modification and customization features, players will be able to take Slipstream’s core 12-car stable and modify them into over 300 different combinations; changing everything from a given car’s color and body to more minute details such as a car’s rims or under-the-hood parts. Namco Bandai has also confirmed it’ll be supporting Slipstream with regular post-launch content updates that will add in new cars, tracks, and other features.

Ridge Racer Slipstream will be available sometime this month via the iTunes app store and will be playable on both iPhone and iPad.