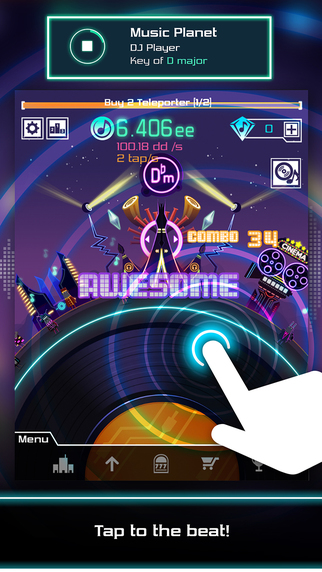 In recent times iOS devices have received some very interesting rhythm games like The Rhythm of Fighters which offer unique gameplay experience perfect to be played on the go. If you’re a fan of the genre, you definitely have to check out a new release which can keep you occupied for a very long time.

Groove Planet, developed by Animoca Brands, is a new rhythm game were players take on the role of a mayor who wants to create buildings with the power of music. To do so, players won’t have to gather resources or something similar but just tap the screen in rhythm with the music and earn as many points as possible. Performing well allows players to unlock extra characters.

Groove Planet is now available for download for free on the App Store.