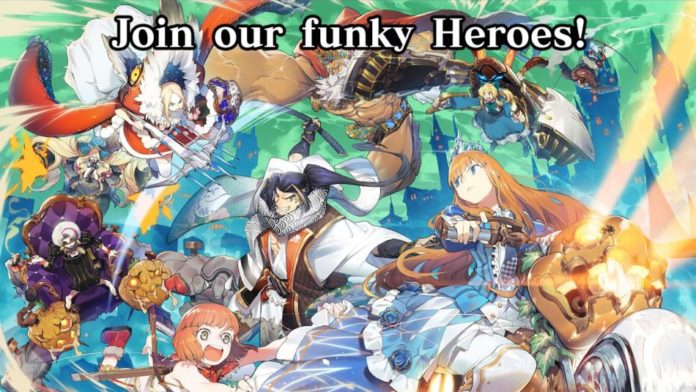 The Revolve8 tips and cheats we are going to share with you in today’s guide will let you form some cool decks according to each situation, but also to do that in such a manner to win as many league matches as possible, because that’s how you rank up!

The league matches are a big and important feature of the game which lets you unlock new cards and rank up. Since the rules are not a big deal and all you have to do to win a game is destroy the opponent’s towers in the given time, so you will have to think quick and act both offensively and defensively!

So, if you are ready to up your league score and win some matches, let’s dive right into the Revolve8 tips and tricks!

Always have one empty slot (at least)

This is one of the most important features! Whenever you win a match you will be rewarded a book, but if you have all the empty slots on the main screen occupied by a book, the next book you will receive will be discarded, and we don’t want that!

So always make sure you open all the books, and in case you have to wait longer for a book to open, then just take that  minute to do something else, such as leveling your cards or so.

The books you get after every battle depend on the league you are in! Of course, that means that the higher your league, the better the rewards you get! That’s why it is good that you try to rank up as fast as possible. 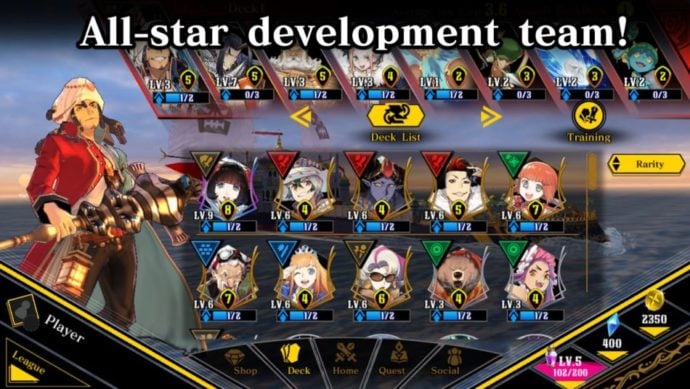 Know your books! (luckily they have just a few pages)

The books are what you use for obtaining new cards that summon powerful heroes (or buildings). The type of book you open determines how long it will take to open it, and also what rarity of cards you will get.

Since there are 11 leagues, you can get some very, very good rewards later on! In my opinion the best rewards come after League 1, because then you won’t receive the Sapling Book anymore, only Leather Book and higher.

There are 4 main types of cards in the game:

When you start the game you should try different card combinations to see which work best for you and which style you like. Some of them have a better synergy than others, so it will allow you to send a tanky hero first, then followed up quickly after by an army of minions and an attacker hero.

In addition to that, you could also try out different buildings, such as a nice Ogre Hut that you can place anywhere you feel necessary to slow down the enemy or to kill it quicker. Really, it’s best if you try different strategies while you are still in quite an early league, because you can discover something really useful! 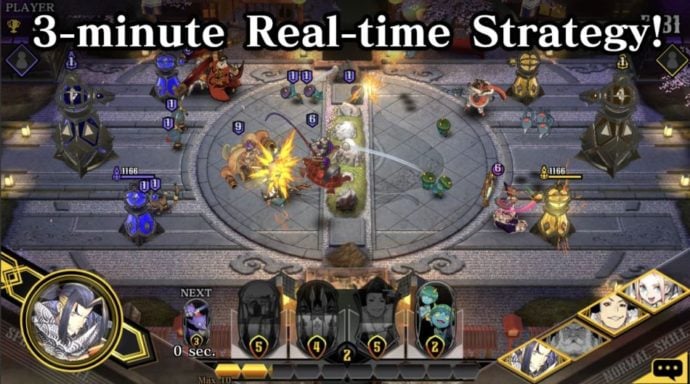 Think your strategy ahead of time!

Thinking your moves is very important since you will have to fight and plan everything in real time. The faster you make the right decisions, the more chances to take the enemy down before the given 3 minutes.

Since you don’t really know what heroes the enemy hides, try baiting them out early on with cheap waves of minions, and once your minions took them down to about 50% health, send out your heroes to finish them off.

That way you will have a clear path for your heroes, because the enemy’s are still on cooldown. Try planning ahead depending on the card you see will be next available in your deck, and use what ever you consider good at the right time.

Also, use your skills at the right time for the best effect. It’s no point using a good attack skill on a tower that has 10% HP, unless your hero’s HP is about to drop and the hero will die.

There are different types of decks that you can have, and you might have already noticed that judging by its color.

Red Decks are the offensive decks, used for attacking the enemy and taking them down quickly (or as quickly as possible). They have usually super high damage heroes and a tank or two. They also work really well with strong attacker minions!

Blue Decks are the defensive decks which you can fill with defender heroes and charger heroes which can be best used right after the enemy has launched an attack and has still cooldown on their skills. They rely mostly on tanking and sustaining the enemy attacks but also launching quick counter attacks.

Green Decks are the siege decks which use mostly skills and a combination of marksmen and guard heroes. They work by attacking the enemy with the long ranged skills and the marksmen heroes, while the guard heroes defend your own towers by intercepting the enemy attacks.

These are the main styles of decks you can form, but it all depends on your play style. I personally prefer a combination of attacker heroes and long ranged powerful skills that can demolish a big wave of enemies at once (such as Star Money) while the heroes can continue advancing without a problem.

I also tried adding a nice Ogre Hut, but it doesn’t always work and it’s better if you try this early on to know what works best in every situation and how heroes interact well with each other. 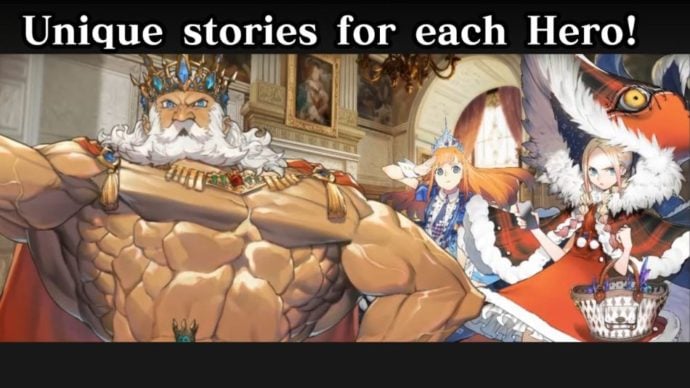 Whenever you complete a mission or an achievement you will receive the rewards it shows you. Some achievements give better rewards than certain missions, so if you are trying to farm for those juicy Diamonds, try completing both of them as quickly as you can.

Joining a guild is a fun and exciting activity in this game! You will be able to join a guild and enjoy all the perks it brings. For one, you can request some cards from other guild members in case you are missing one or two, or you can donate cards that you don’t want to them.

I suggest joining a local guild that speaks the same language as you, because some guild matches can be quite fun and a great practice tool. Since you can help each other out, this is a great way to support even the smaller guilds and help them grow big and strong. Since being in a big guild is not that big a deal here, being in a friendly and non toxic environment matters more!

So always try to take your time and try out different guilds, and if you do not enjoy the behavior of others players in one, don’t be afraid to switch right away! Nice people make a good game even more enjoyable!

Buy books from the Shop

Since you will be awarded several books per battle, you might not find this as useful later on when you already got every card you want, but for the earlier stages especially, buying a book from the store is great!

You can buy the regular Horse Book for 300 Diamonds, and it will give you guaranteed a Rare card, along with other surprises. It’s good for when you want to start the game and you need some good cards to help you beat the early stages. 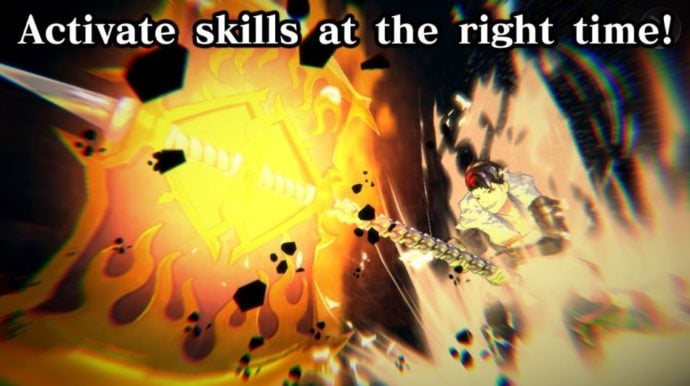 – Try out different decks and see which one you like most, both play style wise and ink cost wise.

– Competitive player? Rank up as fast as the league resets and be among the first ones to reach the top every time.

– Change the Leader! This will greatly improve (or not) the quality of a team based on that leader’s SP Skill.

– Destroy one side building ASAP. Try not to focus on both sides at the same time. This is going to make it easier for the enemy to attack you and prepare a defense, since it will take you longer to send out troops.

I suggest focusing all your destructive power on one side and take down that side tower fast, because then you can start deploying troops from the enemy’s base right away! This is going to make it harder for them to defend and you can stack up on minions and heroes to quickly finish a battle.

– After destroying a side tower, place an Ogre Hut in the enemy base. This is a sneaky tactic that will let you send out ogres continuously without spending ink.

– Protect the attackers with your tanks! The tanks have that name for a reason! It’s good to send them out before you send the attackers, that way the lower health attackers won’t get hit and will be able to input more damage.

These would be all of our Revolve8 tips and tricks we have for you right now! If you know some other cool and useful battle tips for Revolve8, leave them in the comments below and share your knowledge with everyone! 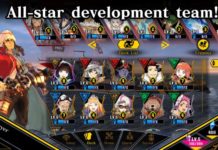 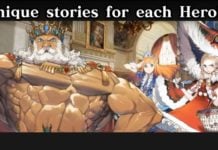