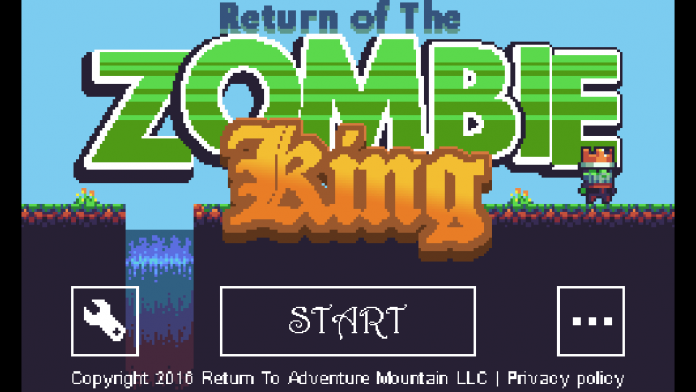 Return of the Zombie King seems at first to be another endless runner, but it’s got a couple of unique tricks up of its sleeve. You play as a nameless king who built a giant castle, but his royal council became wary of his seemingly reckless spending. Almost driving the kingdom into financial disaster, he was kicked out and left to die in a dreadful swamp. A mysterious stranger offers him to bring him back from the dead, and now the king seeks revenge!

Zombie King starts out really interesting. The first level of the swamp is shaded with nothing buy grays, so at first I thought the game was trying to emulate the retro look. It does pretty well, actually! The king’s sprite is sharp enough to outline his zombie look, but it’s charming at the same time. 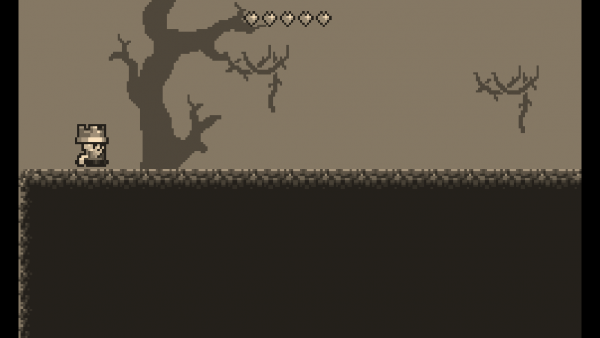 Anyways, zombies aren’t exactly known for the powerful jumping abilities, so the king can barely lift off the ground. Once your first run comes to an end, the mysterious stranger tells you that you must recover your body parts before you’ll be able to get anywhere. On the third level, you recover your legs – yes, your legs! These let you actually jump a respectable height. 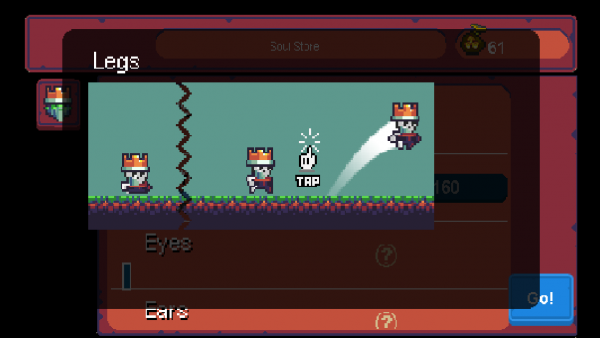 From that moment, I knew Zombie King wasn’t your typical endless runner. A couple more levels in, I recovered the king’s eyes and the game became colorful! It was a funny surprise and it’s a good example of the meta humor this game has. I forgot to mention, but through the beginning levels there really isn’t any sound or music. There are a couple of sound effects, but they’re really muffled and can barely pass as sound. You can probably guess where this is going, but after the eyes you’ll find the king’s ears, and the game suddenly gets background music and the sound effects become clearer. This mechanic of unlocking body parts is quite creative for an endless runner and it keeps the excitement there, as you’ll never know what body part you’ll unlock next. 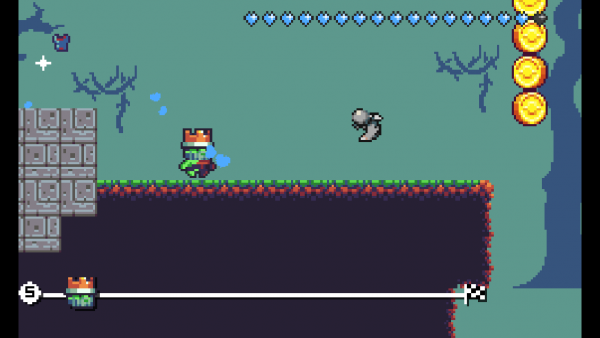 There is one problem I have with the game, however. The king has an energy meter, and as he runs through the level it drains at a constant rate. Jumping makes you lose energy faster, so you’ll need to be a bit conservative with your jumps. The problem with this is that almost all of the coins placed in the levels are in the air, so you’ll need to jump to grab them. Early on in the game your maximum health isn’t that high, so if you jump to grab any coins it’s essentially a self-inflicted death sentence, as you won’t have enough energy to make it to the end. Having to choose between getting more coins or beating the level feels like a way to pad the game out, as you’ll be running through the same levels multiple times just to collect enough coins for the next energy upgrade. It’s not too much of a problem but it does make the early parts of the game drag on more than they need to.

Overall, Return of the Zombie King is a fun and creative twist on the endless runner genre we all know and love. You will feel really accomplished once you realize that you went from a hobbling zombie who could barely jump to a wall kicking master!

If you’d like to have a go at being an undead king, you can download it here for iOS. 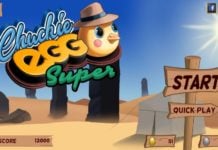