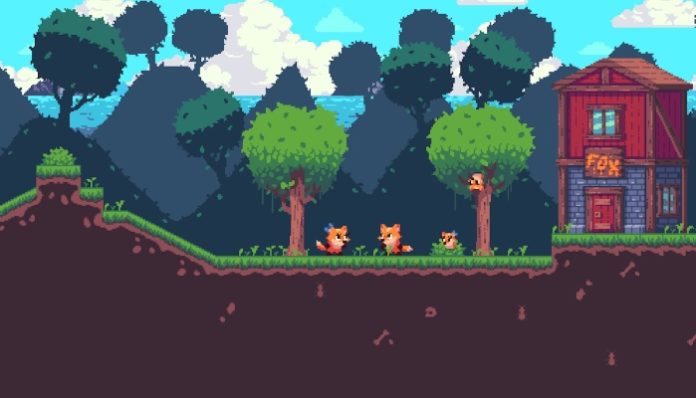 After the events of the original FoxyLand, Foxy has finally earned himself a nice and peaceful rest. He buys a house out on the countryside to live in with his wife Jenny and his kids Tim and Cindy.

Life was good… until the evil Duke and his dastardly brother Jax attacked the house and kidnapped Foxy’s kids! Foxy and Jenny set out to rescue their beloved children in FoxyLand 2.

In this new adventure, Foxy and Jenny will travel across the FoxyLand in search of the Wolfie brothers. New lands await them, and that means new environments, new obstacles, and new enemies to deal with!

New to FoxyLand 2 is 2-player support! That’s right – one player can take control of Foxy while the other controls Jenny. Work together to grab coins and cherries out of reach, take down enemies, and solve puzzles!

What is even cooler is that the multiplayer mode can be experienced on the same device if you are running the game on a tablet. Try it out if you have a compatible device!

With over 40 carefully designed levels and tons of fun worlds to explore, FoxyLand 2 is a sequel that does the original justice. You can download the game for free on the App Store and Google Play Store when it launches in a few days on April 17, 2019.