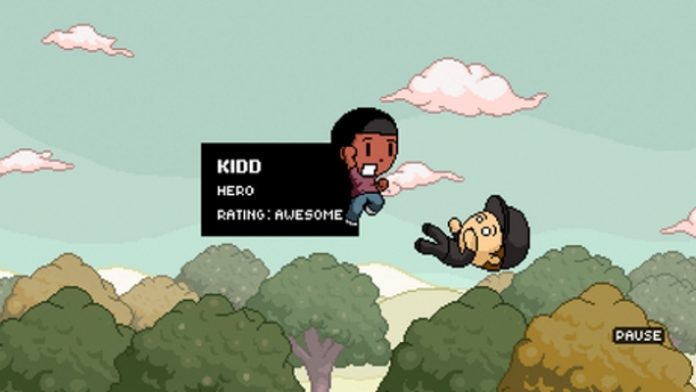 Take a trip back to the 90’s, where arcade beat ’em ups were on the rise with Adventures of Kidd, a retro-styled side-scrolling brawler with an attitude! The time to beat up pixel bad guys is back, so let’s get going!

Kidd is your ordinary every day guy who lives in Adventureland, the world where everyday life is like a video game! Kidd is on a journey to travel through all of Adventureland. Why? Who knows, but there are tons of baddies to beat up along the way! 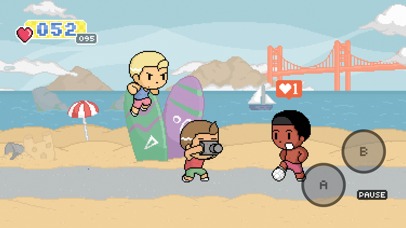 Adventures of Kidd plays like a 2D beat ’em up straight out of the 90’s. Kidd can move left and right on a plane, and attack his foes using a variety of moves. Kidd can pull off basic combos, but he can also do sick stuff like launch foes into the air and relentlessly attack them!

Over the course of the adventure, Kidd will acquire new abilities that allow him to perform awesome attacks! Smack your foes from afar using long-range rocket punches, or combo your enemies into oblivion with the help of super speed!

Adventureland awaits! Adventures of Kidd launches on the App Store next month on June 13, 2019 for 2.99 USD.