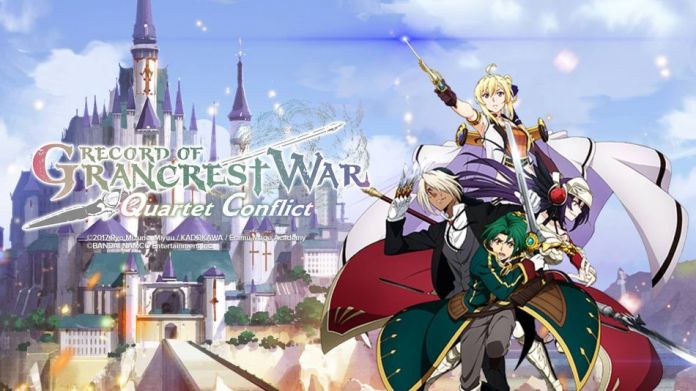 Bandai Namco is a well known developer and publisher for games such as Dark Souls, Tales of Berseria, Pac-Man, the Naruto series and many more. Today, the top class developer released another anime-based game, for iOS and Android – Record of Grancrest War: Quartet Conflict.

The game is a party-based fantasy RPG that follows the anime’s story line, but also lets you explore new story lines and learn more about your favorite characters.

Just like in all RPGs out there, you can also join a guild and choose a faction, either Fantasia Union or Factory Alliance, and fight in three-day long guild battles to earn medals and rewards. Check out the game’s trailer below to get in the mood for fighting:

This game is the spiritual successor to Mizuno’s “Record of Lodoss War”, which has sold over 10 million copies since the release of its first volume in 1988. In Record of Grancrest War, characters from both of the series can join your party and fight to unite the divided territory.

Depending on how you plan your game strategy, your fighters can belong to three character classes: Lords, Mages and Artists, from which you can cycle during combat. In addition to that, you can also activate Quartet Mode, to bring all four characters on a tag-team ultimate fight as you battle as one. 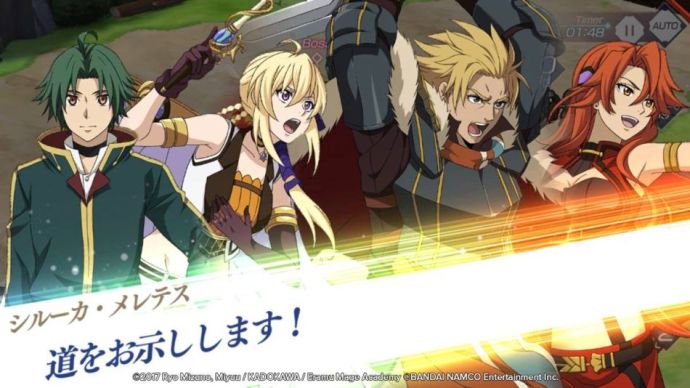 The game’s release follows a successful pre-registration campaign, where over 30,000 players expressed their interest in the game prior to its launch. As a reward, everybody who starts playing now gets a bunch of useful in-game loot and goodies (you’ll know what they mean when you get in the game itself):

So if you want to take advantage of the special offer, or just to enjoy the newly released game, know that you can download Record of Grancrest War: Quartet Conflict from the App Store or Google Play.