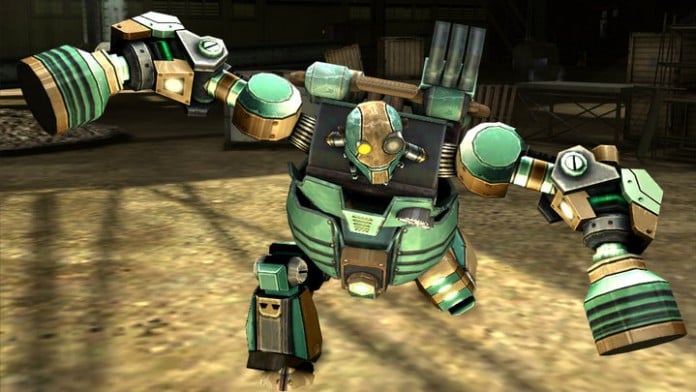 Mobile developer Reliance Games, a developer that actually specializes in mobile games based off of popular IP’s, is gearing up for the release of Real Steel: World Robot Boxing which, as the name implies, is based around the 2011 film Real Steel starring Hugh Jackman.

World Robot Boxing is actually the second iOS Real Steel game to be developed and released by Reliance Games and will include a bunch of new and updated features that make it a more user-friendly and kid-friendly experience. Whereas the original Real Steel iOS game launched with eight different robots to choose from, World Robot Boxing will launch with a much more impressive roster of twenty different robots.

In addition to the standard roster, players will also be able to build their own customized robots from scratch and each of the available parts that can be added to a robot will include a detailed description and explanation of what the part does, which Reliance is hoping will add an educational element to the game as younger players can build their vocabularies and learn how things like mainframes and hydraulics systems function.

World Robot Boxing has also been optimized with smoother and flashier graphics and animations which take full advantage of the new iOS 7 update. Other features like tag-team play, Facebook social integration, and built in Wi-Fi and Bluetooth multiplayer will also be included in World Robot Boxing.

Real Steel: World Robot Boxing is currently set to be released a week from today on October 17th, 2013.