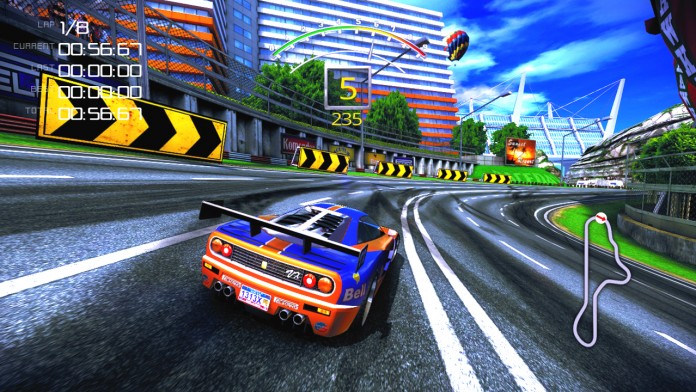 The ’90s Arcade Racer, just as its name implies, is an arcade game which will try to bring the racing gameplay experience of titles such as Ridge Racer and Daytona USA to more modern devices.

A new gameplay video has been made available for the game, showcasing the first in-game footage. You can find the new video by going at the end of this post.

While the game will try to bring that special feel of arcade racing games of the 90s, The ’90s Arcade Racer isn’t going to be all about nostalgia. The game will come with plenty of modern features such as modern driving physics, controls, car models and graphics. Since the game is still under development, we don’t yet know all the features of The ’90s Arcade Racer but we know so far surely seems promising enough.

The ’90s Arcade Racer will be released on a yet to be confirmed date on the App Store. The game was originally going to be released only on PC, Linux and Mac, but the partnership with Nicalis will allow Pelikan13 to release the game on mobile as well as on Nintendo Wii U.