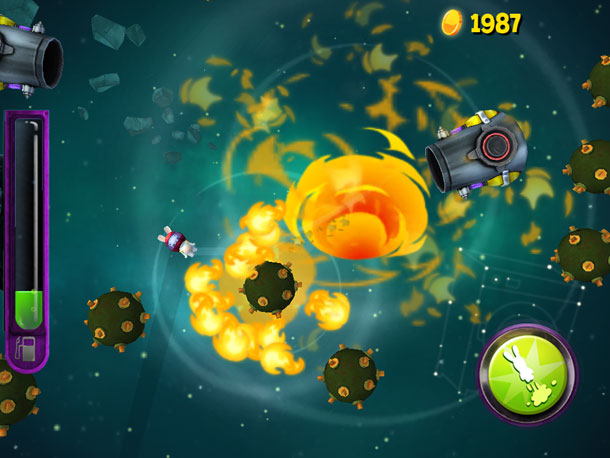 Ubisoft’s popular Rabbids franchise (which began as an offshoot of their even more popular Rayman series) has found its way onto virtually every gaming console and device currently available and now the next entry in the standalone Rabbids series, appropriately titled Rabbids Big Bang, is coming to iOS devices next week.

Rabbids Big Bang was first spotted about a month ago when a bunch of game logos for upcoming Ubisoft games were leaked to the public. The game is being developed by Ubisoft’s Parisian studio and appears to feature physics-based gaming in the same vein as Angry Birds. Players will be able to guide the zany Rabbids around outer space, careening into planets and other objects as they work to complete various destruction-based objectives. As they progress through the game, players will also unlock new jetpacks, costumes, and other collectables with which they can customize their Rabbids.

As fun as Rabbids Big Bang looks, many fans have bemoaned Ubisoft in the past for opting to focus on the Rabbids franchise instead of the more light-hearted (and far less erratic) Rayman series and the debut of Rabbids Big Bang will no doubt be accompanied by a fresh wave of complaints as well.

Love ‘em or hate ‘em, Rabbids Big Bang will be available on iOS next week on October 17th for $.99.