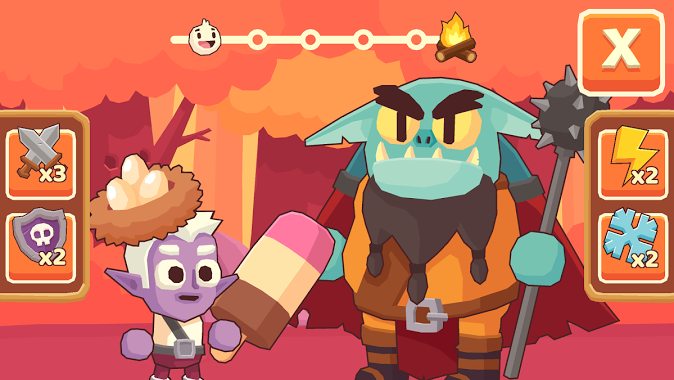 Questy Quest is frustratingly beautiful. Similar to the original Flappy Bird, this game sees you failing over and over again… yet you can’t stop playing it! It’s so incredibly fun and addictive that I actually had to fight myself to put it down and come write this guide.

But this has to be written, because I have some Questy Quest tips and cheats to share with you. And for a game that gets exponentially harder as you progress through the stages, you need all the help you can get. So let’s not waste a single second and instead let’s check out some Questy Quest cheats and tips below in our complete strategy guide to unlock everything and get better.

Use your special items wisely
There are a bunch of special items in the game, all with different powers. They are also pretty difficult to get, so using them when they really matter and make a difference is vital.

It doesn’t really matter which of the items you are going to use – they are all useful in their own way, basically extending your play time and increasing your chances to complete each stage. So use them when you are really going to complete a stage: and decide before starting, because afterwards you can’t use them!

Pro tip: An even better idea is to mix them with a free continue. On some occasions, when your progress in a stage is solid, you will get the option to watch an ad to continue playing, or pay 20 coins to do so. Whichever option you chose (I would definitely go for the free one!) you get the chance to use a special item afterwards. This increases your chances to complete the stage even further, so make sure you use them if you want to be sure you’re completing the stage you’re so close to finishing!

Keep getting new items
Most of the items and unlocks in the game have no real effect on the gameplay itself and are purely cosmetic, but if you draw the same type of item twice, it starts upgrading and if you get enough, your game will get easier since the ball will move slower. So try to save as much money as you can and unlock a new item as soon as you have that chance.

Paid levels are a risk
There are some challenges in the game that you can take for great rewards (usually chests), but they are also extremely risky because if you fail, you lose your hard earned coins.

The best idea is to try your hand at these paid quests after upgrading your items a few times and/or when you have a few special items to use. Also, it’s a good idea to do so when you’re fairly confident on your abilities, but by that time you probably are.

Take breaks
The game can become extremely frustrating, that’s a fact. It also gets you really tired since you have to focus and give 100% each time you play. This is why taking breaks every now and then to rest your eyes and calm down a little bit can work wonders to your game. Just give it a try and see how well you’ll perform after taking a couple of minutes away from Questy Quest!

These would be, for now, our Questy Quest tips and tricks. If you have other suggestions for fellow players, don’t hesitate to let us know by commenting below. Until later, happy Questy-Questing!