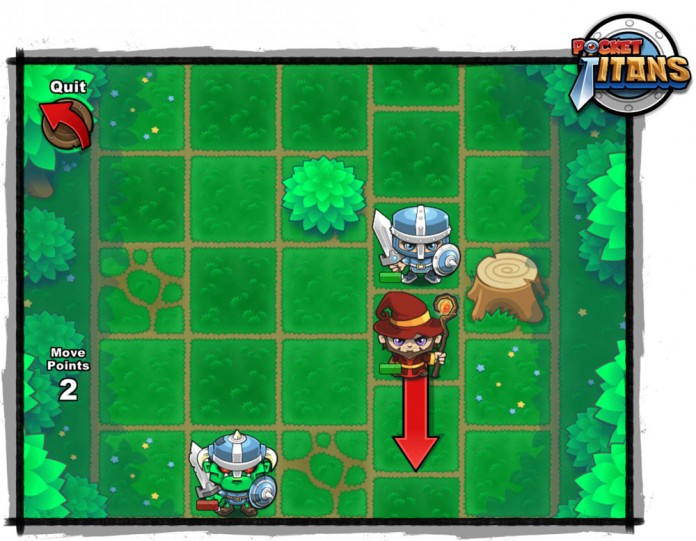 It’s not hard to see some unusual titles that combine elements from very different games to create a new gameplay experience. Some of these hybrid games are actually quite interesting. Another one of these unique games will be released on the App Store later next week, as revealed by Kumotion.

Fantasy puzzle/role playing game hybrid Pocket Titans features a mixture a of strategy and puzzle elements. Players will be controlling a few heroes on the battlefield, sliding them close to the opponents and fight them with a variety of attacks and spells.

As expected from a fantasy themed games, players will be controlling a few different typers of characters, like the Hunter, the Paladin and the fearsome Warlock. Each one of these characters has very different abilities and some of them will be better suited to fight spefic enemy types.

Pocket Titans is also going to feature 30 different enemies and five incredibly strong bosses. In order to have a victory chance, you’ll have to make sure to constantly upgrade your weapons and armors. The game is also going to include a multiplayer mode where you’ll be fighting other players. To get a general idea on how this nice game plays, you can check out its launch trailer at the end of this post.

Pocket Titans will be available for download on October 17th. The game’s final price has yet to be revealed: we’ll keep you updated once we have more news on it.