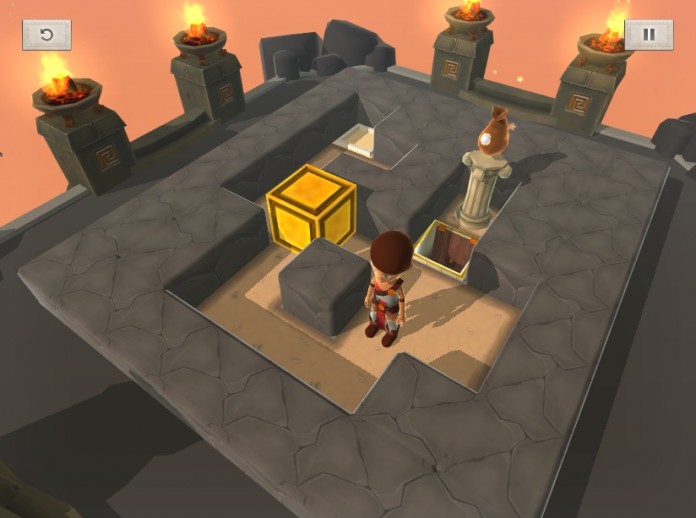 Last October, we have reported that the puzzle game With The Wind was going to be released sometime during 2015 on the App Store. Today, we finally know when the game will hit iOS devices all over the world.

The game developed by Twirlbound is going to be released on the App Store on May 14th for a yet to be confirmed price.

In With The Wind players will take control of the yound daughter of Aeolus, Ruler of Winds. The young girl will have to collect bags of wind for her father by solving a variety of puzzles. The game’s main character will have the power of the wind at her disposal, which she can use to manipulate the environment, move blocks around, activate mechanism and more. As the wind will blow in the direction the character is moving, players will have to thing long and hard about moving.

If the 90 stages that will be included in the game won’t be enough for you, you will be happy to know that With The Wind will come with a level creator that can be used to create your own stages. It will also be possible to share your stages and play those created by others.

With The Wind will be released on the App Store on May 14th. Final pricing has yet to be revealed but we will definitely hear more about the matter as we approach the game’s release date.