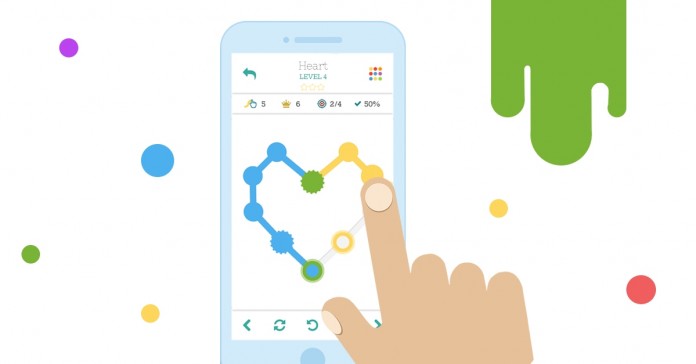 If you’re into puzzle games to play on the go, you’ll be happy to know that another nice game is going to be released early next week on the App Store.

Watercolors is a puzzle game developed by Adonis Software which sports a simple yet engaging gameplay formula. During the game you will have to draw lines from one point to another of the screen while following certain boundaries on the screen, as your movements will be limited by a grid with only certain paths open. Things are made more deep by the fact that, by draggin paint, you will have to mix colors to create new ones. This isn’t optional, since you will require specific colors in order to complete certain stages.

Watercolors’ challenges are also pretty varied. There are times when you will need to complete the stage with a primary color and more. Planning ahead will be the most important thing in the game. For those looking to show off their mastery of the game, it’s also possible to complete each stage with a single stroke, receiving three stars for the stage.

Watercolors will be released on July 1st on the App Store. Make sure to get the game if you’re looking for a game that will challenge your mind and let you have fun while doing so.