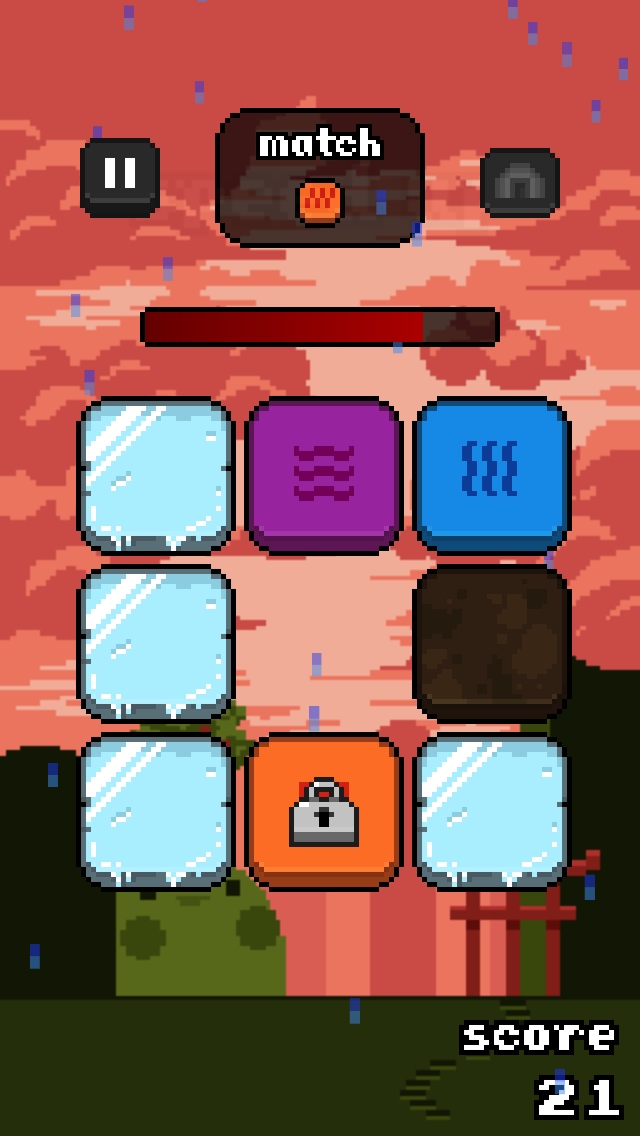 If you’re a puzzle game lover, there have been plenty of new games getting released lately, Yes Chef! being only the latest one.

Another new game is going to be released next week on the App Store, a colorful and fast paced game that allow puzzle games lovers will surely appreciate.

Rainblocks has been developed by Eric Koziol, with the music composed by Mega Man composer Manami Matsumae. The game is actually quite fast paced, sporting a really unique experience.

In Rainblocks you will be limited to a 3×3 grid with one tile always empty so that it will be possible to slide the other tiles around. The main goal in the fame is put the tiles of the same color side to side. What makes the game fast paced is that you will have to complete each stage within a certain time limit, which can be extended by obtaining power ups found inside some special tiles. Later stages will also add some peculir features like tiles enclosed in ice or covered by mud.

Rainblocks will be released on the App Store on June 12th for free. An IAP is also going to be available, which will remove all of the ads from the game and allow players to start the game from the highest level they have reached.