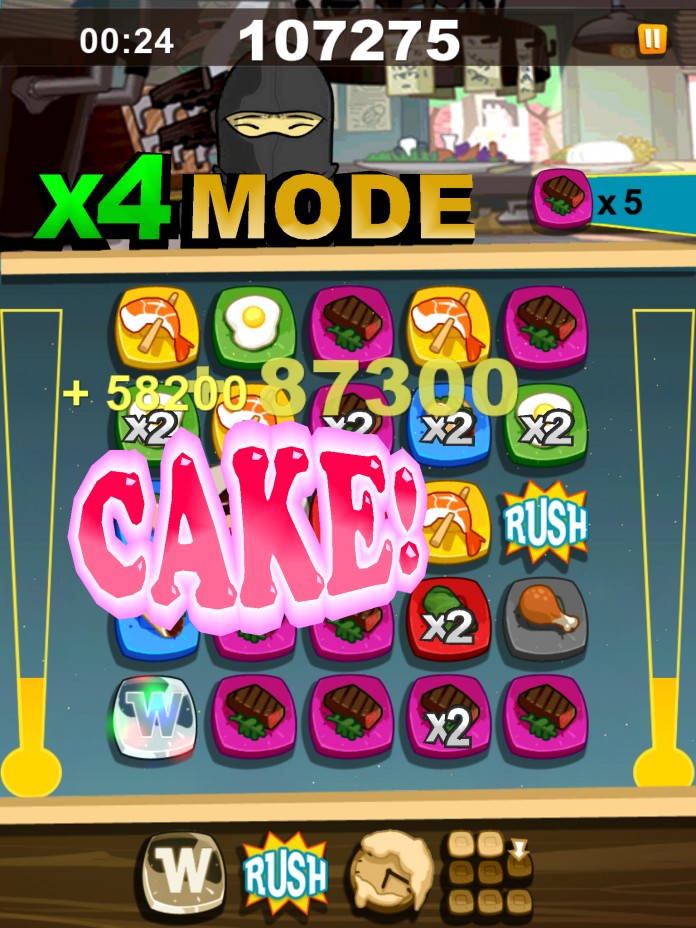 It looks like there’s no end to the puzzle games releasing on the App Store for iOS devices. Plenty of them have been released in May and even more of them are going to be released this month.

Order Up!! Fast Food is another of these puzzle games getting released this month. The game developed by Chillingo, however, comes with some interesting features that will surely please all fans of the genre, as well as food lovers.

In Order Up!! Fast Food, you will have to match different food types as much as possible, while collecting power ups and more. The power-ups add quite a bit of variety to the whole experience, ranging from simple score multipliers to time freezing clocks and more.

Order Up!! Fast Food is going to be released as a free to play game, so you should expect the usual features found in such games like stamina, different currencies and more. Still, the game does seem to be pretty tight so all this may not matter much in the end, especially if you have high tolerance for free to play gameplay mechanics.

Order Up!! Fast Food launches on the App Store on June 12th as a free to play game.