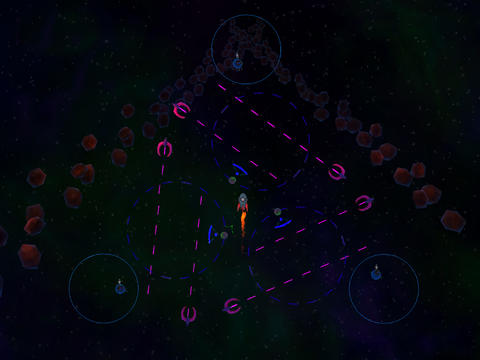 A new really unique puzzle game is going to be released later today on the App Store, a game where you will have to rescue some stranded astronauts that will end up dying without the player’s help.

Miniverse, developed by Ryt Games, tasks the player with the rescue of some stranded astronauts. In order to do so, you will have to move two planets together so that the astronauts can move from one to the other before the planet actually decays, taking down the poor astronauts with it.

Things are made more complicated by the fact that the planet will have to be kept within the blue line, otherwise it will be destroyed. Other gameplay mechanics are also introduced in later stages, making the Miniverse experience quite exciting, since you won’t be able to know what’s next until you actually play each and every stage.

Miniverse will be released later today in all regions. The game will be released as a free to play release, with only a handful of stages available for free. More stages can be bought from inside the game itself through IAPs. This is a good way to release the game and let more gamers play it, as the unique gameplay experience may not be for everyone.