Home Mobile Gaming News Puzzle Game Light in the Dark To Release This Month On The... 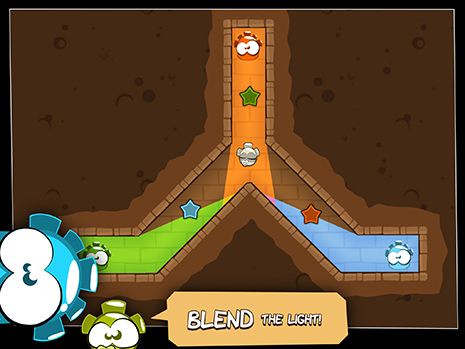 Puzzle games are among the most successful games on the App Store, thanks to how easy to to craft a puzzle gameplay experience that can be played on the go. If you haven’t had enough of unique puzzle games, another one, which is now available in soft-launch mode on the Canadian store, will be released this month in all regions.

Light in the Dark is the first game developed by DreamGate Studios, a development team that consists of developers who have worked on high profile titles like BioShock, Fallout and others.

In Light in the Darkyou will have to help some unique creatures called totems in finding their babies. To do so, you will have to drag these creatures around and use their lights to rescue the babies. Obviously, the lights will be of different colors and the color of the light has to match the baby’s. Each stage also includes three colored stars, adding a good degree of challenge to the game.

Just like in other puzzle games, Light in the Dark starts easy but things become more complez soon, with mirrors that bounce light and barriers that can be moved around. These extra elements will make later stages more challenging, as the lights have to keep hitting the babies for a certain amount of time for them to be truly rescued.

Light in the Dark will be released later this month on the App Store for the price of $1.99.