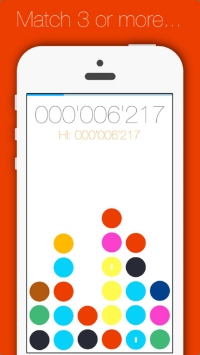 Puzzle games come in all shapes and forms on the App Store, offering interesting spins on established formulas like the Tetris or the match 3 ones. And there are games that combine them in some really interesting ways.

Colorbs doesn’t feature anything really revolutionary. Players will have to match orbs of the same color, with the orb falling from the top of the screen in pure Tetris fashion. Luckily the game is going to be released as a paid title so you will not have to deal with IAPs, wait times, ads and similar features.

Colorbs will be released later today on the App Store for the price of $1.99. The game looks like a simple yet solid title so make sure to check it out once it hits the App Store in your region in a few hours.