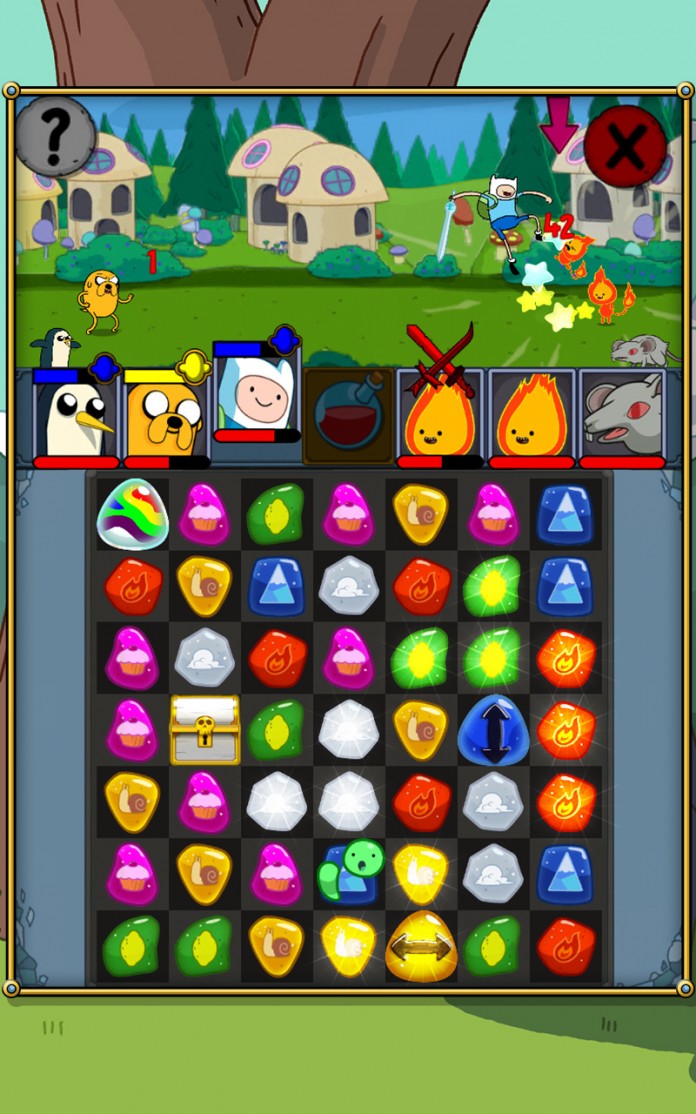 A new game based on the Adventure Time series is going to be released on the App Store soon, a role playing game / puzzle game hybrid that fans of the cartoon series will surely appreciate.

In Adventure Time Puzzle Quest, currently in development by Wayforward, players will adventure together with Jake and Finn through the Land of Ooo, battle bad guys and once again save the day. As stated above, the game will be a role playing game / puzzle game hybrid not too different from other similar games, with players having to match gems in a match-3 experience to damage and defeat enemies. Several party members will also be included in the game as well as several items that can be used to customize them and make them more powerful.

Adventure Time Puzzle Quest seems to be the perfect way to enter the world of role playing game / puzzle game hybrids thanks to its gameplay really easy to understand experience. The game has yet to receive a release date so we have no idea on when we will be able to travel together with the Adventure Time crew but we will let you know more about the matter as soon as possible so stay tuned for all the latest news.