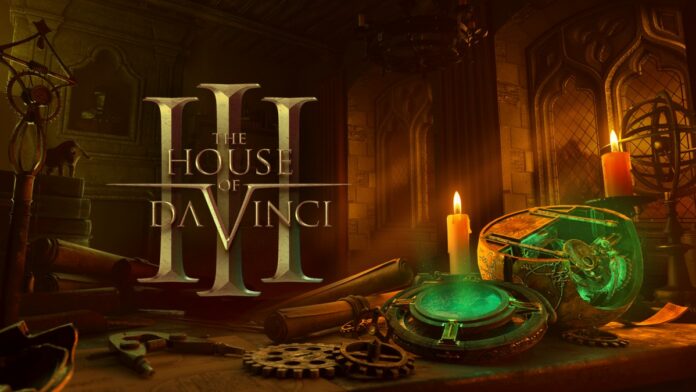 This article is sponsored by The House of Da Vinci 3

Like its predecessors, The House of Da Vinci 3 is a gorgeous Room-esque environmental puzzler that’s absolutely steeped in claustrophobic steampunk vibes.

It sees you playing as Giacomo, a resourceful character who finds himself embroiled in a time-hopping caper. This entails solving a series of intricate puzzles, often built around gorgeous puzzle box devices.

Puzzles take place in a range of locations across renaissance Italy, while the storyline lets you rub shoulders with esteemed margin-doodler Leonardo Da Vinci.

The action picks up where the last game left off. Giacomo is in a pickle, and you need to get him out of it using your puzzle-solving skills. Then you need to use those same skills to get through the rest of the game.

Each puzzle you solve takes you one step closer to discovering the secrets of the shadowy Ordo lustitialis sect, and Master Leonardo’s equally inexplicable time machine.

The gameplay will be familiar to anyone who played the previous House of Da Vinci games, or indeed The Room.

Except everything has been improved for this final outing. The controls have been optimized and the puzzles are trickier and more ingenious than ever before.

Plus, The House of Da Vinci 3 is a significant leap forward visually. It makes use of cinematic techniques like motion capture to make you feel as though you’re right there on the streets of renaissance Italy.

The previous House of Da Vinci game boasts a highly impressive 4.8 average user score on the App Store, along with millions of players.

The House of Da Vinci 3 looks set to pull off the same feat. While it hasn’t yet racked up a ton of reviews, it’s currently hovering near the top of the Puzzle charts, just a few days after launch.

To see why, download The House of Da Vinci 3 right now on the App Store.

Versions for PC, Mac, Android, and Switch will be along in due course.