Home Game Guides PUBG New State: Everything You Need to Know About Maps

PUBG New State is finally out and fans have already started exploring the new battlefield. The devs had boasted a lot of new features, vehicles, weapon customizations, drones, and new maps.

As of now, PUBG New State has four maps. Once you download the game and get in, you can download these maps separately. By default, Troi, the new battle royale map is already downloaded.

Here’s a quick rundown on each of the maps so you know what to expect!

Troi is like the Erangel of PUBG New State. This is probably the first map you’ll play after you enter the game. This is an 8×8 map with a mixed urban and forest setting. Some of the obvious to-be hotspots are the Mall, Exhibit Hall, Graveyard, Factory, and possibly Cornwall.

Troi was the much-teased about map from New State. It will be interesting to see if it gains the same popularity as that of Erangel.

Erangel 2051 wasn’t as bragged about by the devs as the Troi. Erangel 2051 is the futuristic version of the classic Erangel map. If you view the map, you will see no changes.

However, when you land in one of the locations, you are bound to see some changes. Here’s a quick peek at the Pochinki in Erangel 2051.

Let me give you a spoiler – if you are going to ambush a camper in any Pochinki shelters, you’ll have to break the window first. Yes, all the windows now have glasses.

In these 4v4 TDMs, you get to set the loadout before a match. The first squad to get 40 finishes, wins.

As of now, the Station map is in Beta. You can expect the final version to roll out soon. Till then, you can assemble your squad for some action-packed TDM rounds.

Now, this is not exactly a map in the regular sense. However, you get to use all the weapons, explosives, and vehicles in New State. If you want to try out a new weapon or have a look at all the hot wheels, this is the place to go! 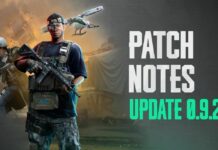 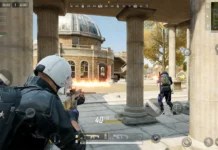 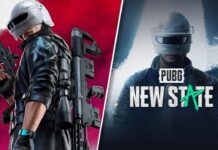 How to set Invisible nickname in PUBG: New State

Where to Pre-order Pokemon Legends: Arceus