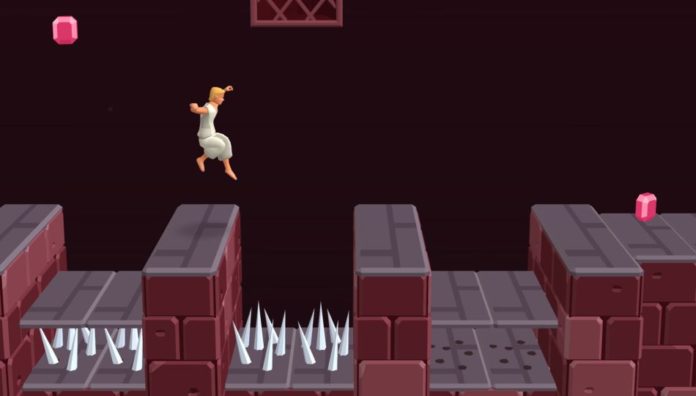 Taking a lot from the original Prince of Persia (the one released all the way back in 1989) – a game that I grew up playing, loving and hating at the same time – Prince of Persia: Escape comes to mobile with a slightly simplified version, updated graphics and gem collecting instead of princess-saving. Well, as long as we have the prince, nothing else matters.

The game is absolutely lovely and those who are old enough like me to have played the original will probably appreciate the sounds, visuals and all the traps that made our life a nightmare back in the days (but all in a good way, paradoxically).

But enough talking! Let’s check out some Prince of Persia: Escape tips and tricks, because that’s why you are here. This is my complete guide to the beautiful mobile game by Ketchapp: 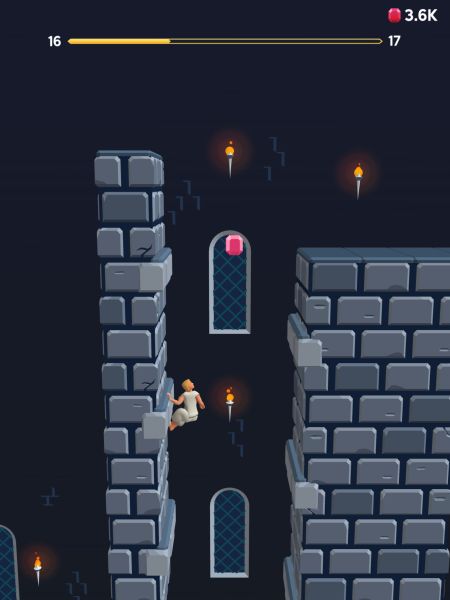 Short vs High Jumps
This is one skill that you really must know how to use. Fortunately, it’s not very difficult: simply tap the screen for a short jump or tap and hold for a higher jump.

The real problem is to know when to use one and when to go for another: and that can only be learned by either anticipating the obstacles you have to get past or by replaying a level. But do know that, in many occasions, switching from one type of jump to another in a particular situation can be a game winner.

Keep an eye out for hidden spike traps!
Those sneaky traps can really ruin your progress, especially when placed immediately after the spikey gates or other obstacles. They are relatively easy to be spotted by the holes in the ground and the spikes always come us as soon as you get close to them.

Similarly, you should keep an eye out for every other type of hidden trap: from falling blocks of concrete (don’t spend too much time there) to moving platforms and so on.

Use the walls to stop and plan your moves
When the Prince hits a wall (literally), he stops. Those are good moments to take a breather and eventually prepare your next moves.

These walls become extremely useful in the later levels where things are extremely complicated and you have to do some serious tapping at the right moment in order to complete the level. These walls allow you to stay focused and I recommend using them instead of jumping over in order to speed your way through a level. 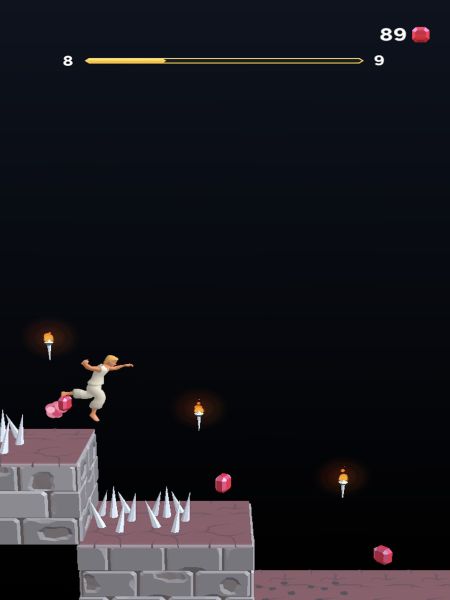 Those series of two-tile spikes as seen above? They are horrible to get past and you need perfect timing for the first jump and then another, and then the other. These require the most practice in my opinion, but if you manage to land your first jump just right and land exactly at the end of the tile on the lower level, the Prince will immediately fall down to the other tile in safety.

But, boy, these are difficult areas to beat!

Try various routes
In many stages, there is more than one route you can follow in order to reach the end. Usually, one is more dangerous but more rewarding, offering you more gems, while the other is a bit easier, but without any gems.

If you end up in some spikes or falling down an opening, you can always try a different route. Gems are made eventually, so they shouldn’t be your main focus, while completing the stage is the most important. 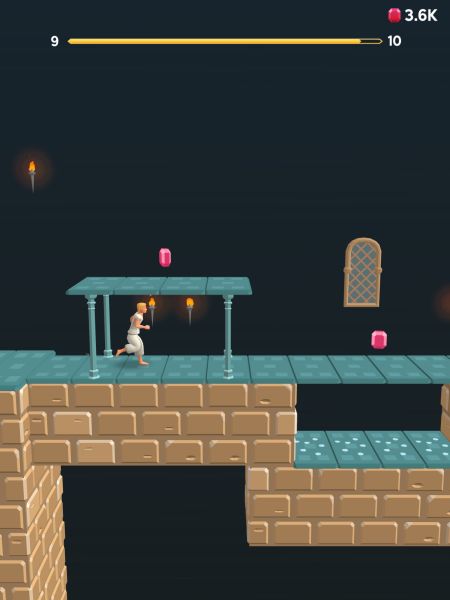 You can’t replay levels
An important thing to have in mind is that once you’ve passed a level, it will be gone forever. You can’t return to play it once again, so make sure that you finish it by choosing the right route.

However, as I said above, Gems are – at least at the moment of writing this article – absolutely useless and you still get them from regular play, so you shouldn’t really kill the Prince before getting to the exit just to get a chance to collect more gems. But do know that once a level is complete, you can’t go back.

It’s true that in some occasions you can spend 100 Gems to revive and keep on going, but you can also watch an Ad to do the same, which is in my opinion the better choice. Keep the gems for when new features (like the clothes mentioned below) are released.

Get some new clothes (when you can)
There is the option to buy new swag for the prince – but at the moment of writing this article, it’s just work in progress.

Most likely, all the items that you will be allowed to purchase will be available for the in-game gems you collect during your adventures and I strongly believe that they will have no impact over the game, being pure decorations.

Therefore, collecting Gems are not as important in the long run, but you will be able to spend them on clothes and items that customize your prince.

This would be it for now for fellow fans of the game. If you have additional Prince of Persia: Escape cheats and tips to share with the world, don’t hesitate to do so and let us all know in the comment section below.