Once you’ve played Portal Quest, you might wonder how to level up fast and how to get all the heroes you like. Well, in our Portal Quest guide here we will reveal to you all the Portal Quest tips and tricks we have up our sleeves, so all you need to do is take a seat and dive right in because we have everything you need to know right in one place: here.

The first thing you need to keep in mind, however, is that it won’t come easy at first because it’s a RPG, so you will need to have some patience in order to achieve greatness! So, let’s dive right in to our Portal Quest tips and tricks:

Rush leveling up your team

The team level is very important when questing and doing campaign because it is basically what sets you up to success or failure. It is relatively easy to level up at start, and as you progress through it game it gets tougher and tougher. 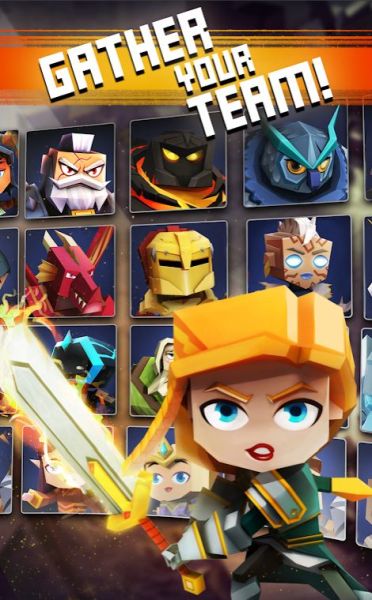 The best thing you could do is keep a constant progress throughout the game, and keep upgrading your characters to ensure you win every single match-up ahead of you. The enemies might be tough until you get a gear or two as well, but it will all come together.

So, keep in mind: leveling your team is important. At start try rushing to team level 10 because that will unlock Auto option, and that’s going to make things ten times smoother for you since you won’t have to pay attention to the heroes’ skills and using them (since the game will do it on its own).

That’s the easiest way to get a few extra Diamonds. If you are a proud owner of a Facebook account, just sign in and you’re good. These extra Diamonds might come in handy when you least expect it, so do it at some point in the game (better late than never, right?). 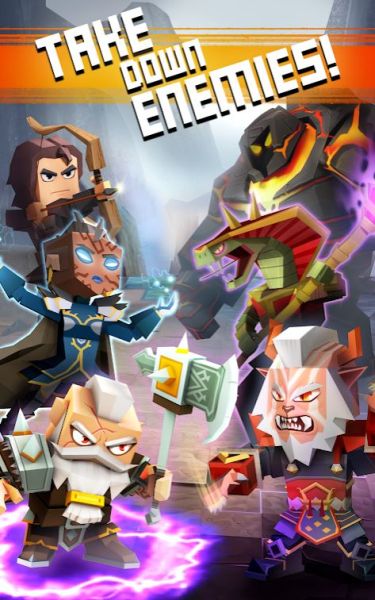 As soon as you reach team level 3 you will have access to Global Chat where you can talk to people all around the world. What’s better than cracking some jokes while questing? Also, if you have questions that you might need a fellow player to help with, or if you are looking for some guild suggestions you can ask ahead in the global chat.

Or, like I said, crack up some knock knock jokes. (Who’s there? It’s your girl Evil Purple!)

Upgrade and promote your heroes

As you might have noticed until now, the heroes have six slots, each for one piece of gear. As you fill these slots up, you can promote your heroes to better quality ones. These qualities are as follows:

If you want the best out there for your team, try getting the 2 star or 3 star heroes (in time, because at start it’s quite difficult unless you put in some bucks to buy them) and also try to team up heroes that have a good synergy. 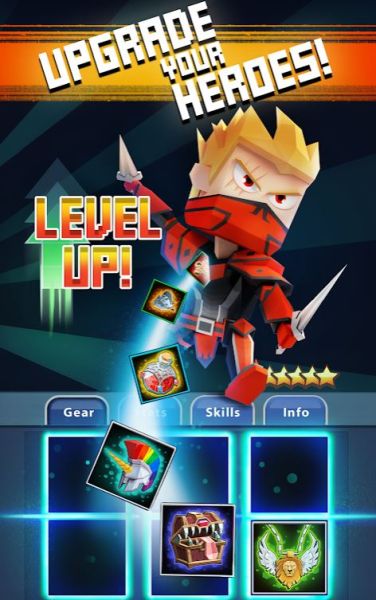 Since you can only have five heroes teamed up, you will see that there are five slots: 2 in front, 3 at the back. The two in the front row are the tanks, the ones who take most of the enemy damage, and the three at the back are the damage dealers. They are the squishier ones, so the tanks are needed to mitigate most of the damage that would otherwise be dealt to the back line.

Set up a team properly and use the skills!

You might want to look further into each available hero’s perks and skills to properly form a team that can take on anyone. Since those heroes can have either Fury, Finesse or Focus you should plan ahead on which ones are stronger against a certain enemy. If you’re having troubles passing a level, this might be the reason. Check out this:

Finesse Heroes are strong against Fury Heroes and on par with Focus.

Fury Heroes are strong against Focus Heroes and on par with Finesse.

Focus Heroes are strong against Finesse Heroes and on par with Fury.

All of the heroes have skills unique to each and every one of them, and you can unlock up to 4 skills as you rank up your heroes. Another Portal Quest tip to keep in mind is using the skills at the right time. If you’re having trouble passing a level with Auto on, turn it off and save the skills for the last wave (boss wave).

By doing so you will most certainly maximize the damage potential you have and pass the level with ease. Another thing to keep in mind when upgrading those skills, is the Power your team has. By upgrading the skills your power will increase and you will have it much easier, trust me!

And if you can’t seem to win no matter what, even if you times your skills correctly and did everything you possibly could, spend some of that hero XP you got in the bottles to level up your heroes and spend some gold to increase their skill level.

Oh, and if your hero power seems to have gone down even though you upgraded the hero (or promoted them), that’s only because the bonus your hero had from the gears is gone; once you equip some new gears the power will go up even more than before.

In the shop you will find multiple items, some useful to you and some kinda garbage ones. Since the shop resets once a day (for free) you can check daily to see if anything catches your eye. If you want more from the shop you can also refresh it with a few Diamonds, but it’s all pure luck so it might not be worth the cost.

If you decide you want to spend a ton of gold in the shop and you don’t have anything to buy, though, you can spend 50 Diamonds to refresh it. Who knows? You might be the luckiest person in the world and get just what you wished for!

Guilds are, in every game, the best place for resources, players, finding help and joining unique instances (such as guild battles). Finding a good guild doesn’t require much search since you can easily tell which ones are worth joining and which not. The guilds which have more player slots are the better ones, so always keep an eye out for the guilds with 15+ slots because these are the ones that will help you rank up the fastest. 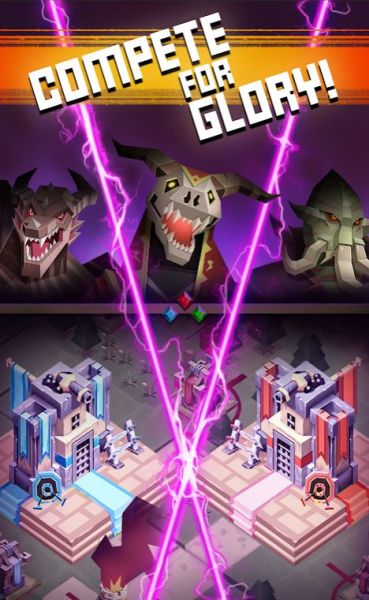 If you like PvP (just like I do) you are going to have a lot of fun smashing other players in the 1v1 Arena. Well, it’s basically 1v1 but the teams are 5v5. Here you will be able to advance through the rankings and get promoted into better and better leagues. The starting point is Copper V, but as you advance you can get better.

The ranks are as follows:

To get promoted you will need to stay amongst the top 5 spots in that tier, to get to the next division. The higher you will rank, the better the reward will be. 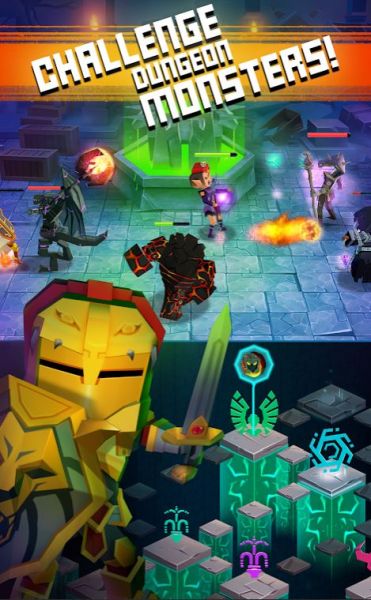 For logging in daily, you can claim some cool rewards, from Gold to diamonds and heroes. All you need to do is check in to the daily board and claim that day’s respective reward. It’s easy, but you will need constant attendance. These rewards reset at 5:00 AM, so if you’re eager to collect head on as soon as it resets and do so!

Ah, and one more thing here: VIP players get double the rewards in certain days. So, if you plan on spending a few bucks on a VIP pass, don’t forget that you have access to double rewards in daily as well! (in certain days)

The campaign is what you could call the quest line. The story line. The boring and mandatory stuff you need to do in order to level up. Well, it might be that, but it’s not boring at all. It’s quite challenging and if you don’t properly rank up your team, you might even fail quite early on. Yeah, that happened to be. 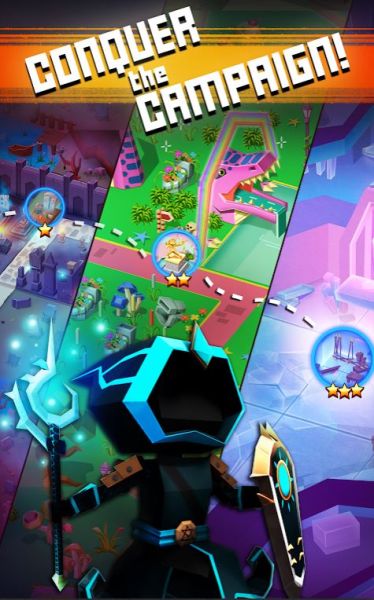 Here you have the Normal campaign and the Elite campaign. Each of them can be done early on, but the Elite one gets tougher sooner. They are both good ways of getting EXP and ranking up your team, so don’t shy away from this.

Once your team reaches level 14, you can adventure into another world where, depending on the day, you can either climb to The Pinnacle or descend into The Depths.

Unfortunately you can only get a maximum of two victories per day (which will give you a quest reward), but if you fail your entries won’t be used, so that’s good. So, start climbing (or descending) and grab all those rewards!

These conclude all of our Portal Quest tips and tricks for today, and we hope they will help you will level up your team quickly so you can adventure into all of the game’s contents. If you have any other tips to help fellow players get better at Portal Quest, leave them down in the comments below! 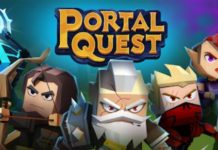 Portal Quest: How to Get to Level 10 Fast