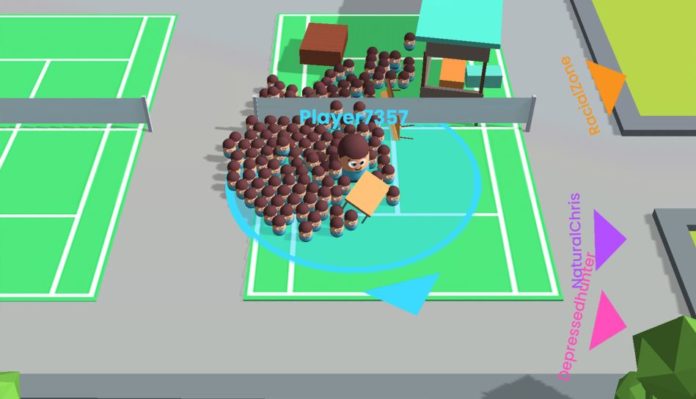 In today’s article, we’re sharing some Popular Wars cheats and tips so that you always perform at maximum capacity and that you unlock all costumes in the game. It’s not going to be easy, but it will always be fun, so let’s get this started!

There’s no such thing as “too popular” when in high school or college, and that’s exactly what Popular Wars is all about: being the most popular student that ever existed, gathering all the followers that you can in a short spawn of time. With quirky graphics and nice mechanics and smooth gameplay, this is definitely one of those games that you simply can’t put down!

With these in mind, let’s see what can be done for us to get better at this game by checking out our set of Popular Wars tips and tricks below!

Go away from the other players
When playing the Classic mode, you want to get as many followers as soon as possible in order to have an instant advantage over the other players (and destroy them afterwards to get their followers.) 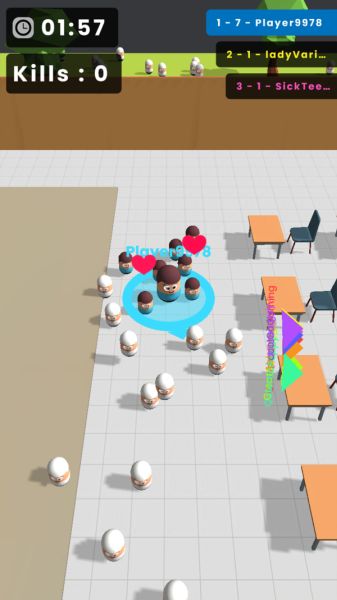 In order to do that, the best move you can pull is to simply head into a direction opposite to where everybody else is going. There’s no general direction that other players are heading towards to, but they will usually go in the direction they’re facing.

So if they’re towards the end of the group, they will go West, and if they’re up front they will go East. This is more of a guideline, though and never guaranteed – but it’s easy to change directions as soon as the game starts and head towards an area where you won’t fight anybody else for the students.

By this time, you should be large enough to threaten other players and have a pretty solitary run too, as most other players don’t prefer this area. 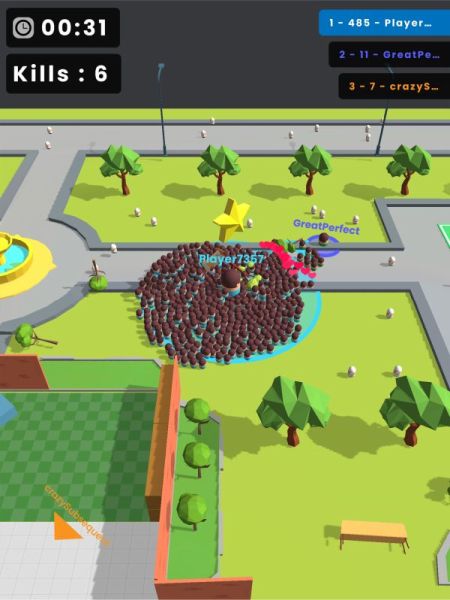 Grow big and start hunting others
The reason why you want to get bigger than everybody else as fast as possible is that once you are larger than another player, if you move over them, you will gain their followers and destroy them in the mean time.

You have to time things just right in order to pull this out nicely: if you delay attacking other players for too long, others will start doing so and grow beyond your reach. So it’s always better to start “eating” other players sooner rather than later.

How to unlock all costumes in Popular Wars
Unlocking more costumes in the game is purely cosmetic as it has no influence over the gameplay. But it’s fun to see the names of these costumes and change the look of your own characters for added fun.

In order to unlock all costumes in the game, you will have to complete various tasks. Below is a list of costumes that you can unlock in Popular Wars and how to do it:

As you can see, many of these suits are easily unlocked if you are active and perform nicely in the game. So go out there and do what’s required to unlock these secret suits! 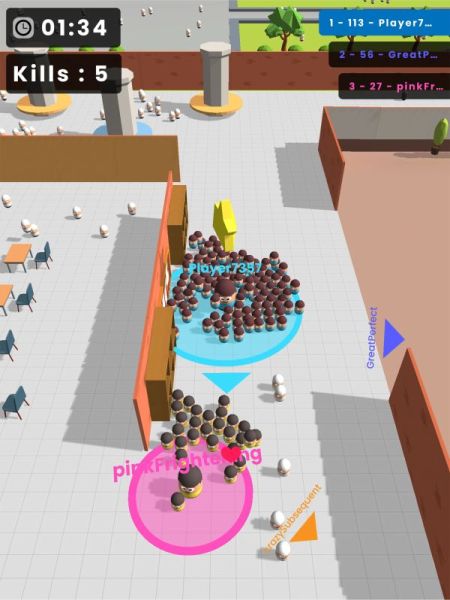 In order to master that mode, play a few (or more) classic mode games to get used with the layout of the college… then hope for the best. Really, there’s not much else you can do when trying to master the solo mode.

Save progress before exiting the game
If you want to be 100% sure that you don’t lose any of your precious progress in the game, Popular Wars has an option for you to save your current progress: simply tap the cogwheel button in the upper left corner and select the “Save Progress” icon. From there you can load your progress if something bad happens with the game.

You can play this game offline
Even though it would be a lot more fun and challenging to play the game online against other people, the sad truth is that Popular Wars is played against the AI. It’s still fun, for sure, and comes with an added benefit: you don’t always have to be connected to the internet in order to play and enjoy the game! Good to know!

Hopefully our Popular Wars tips and tricks have helped you better understand the game’s mechanics and now you’ll do better each time you play. And also, if you have some additional tips of your own, don’t hesitate to let us know by commenting below!