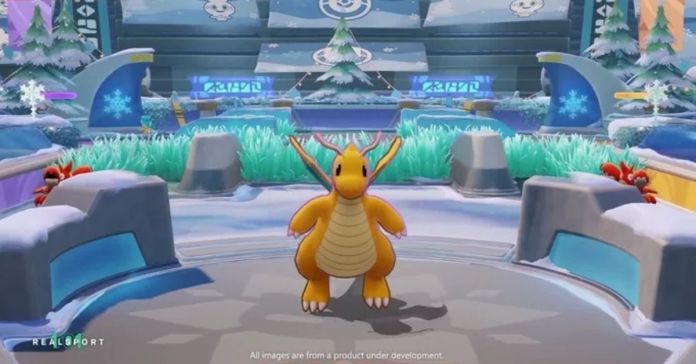 Pokemon UNITE is a MOBA-style game. You create a team of 5 players and fight against a team of other players. In this genre, it is very important to know how to get the most out of your Pokémon. Therefore, in this guide, we will tell you everything you need to know about Dragonite.

Dragonite is a very mobile and powerful Pokémon, however, it needs fast farming to be effective.

His basic attack has very interesting effects. Every third attack deals increased damage, and also, when he hits, it reduces the cooldown of the enemy’s abilities. Moreover, each of these enhanced attacks will deal a different type of damage in the following order:

And the passive Multiscale skill briefly reduces the damage you take.

The Twister skill launches a tornado forward, which damages enemies and slows them down.

The Dragon Breath skill attacks with powerful air. If you hit the enemy, you can immediately attack with a strengthened basic attack.

The next abilities to choose from are Dragon Dance and Extreme Speed.

Dragon Dance skill increases your attack, movement speed, and also attack speed. If your basic attacks hit the enemy, the cooldown of the skill will decrease.

Extreme Speed ​​attacks the enemy and throws him dealing damage in the area. In addition, it will reduce the movement speed of the attacked Pokémon.

Using Hyper Beam, you choose a direction and shoot a beam that deals a lot of damage to opponents depending on their health level. However, for some time after the skill, you will not be able to move.

By activating Outrage, Dragonite begins to deal damage in an area, and its basic attacks change to enhanced melee attacks.

Unite Move lifts you up in the air and then smashes you down with multiple ods, dealing area damage.

Talking about Items, the following are best suited for Dragonite:

And combat Items include the following: