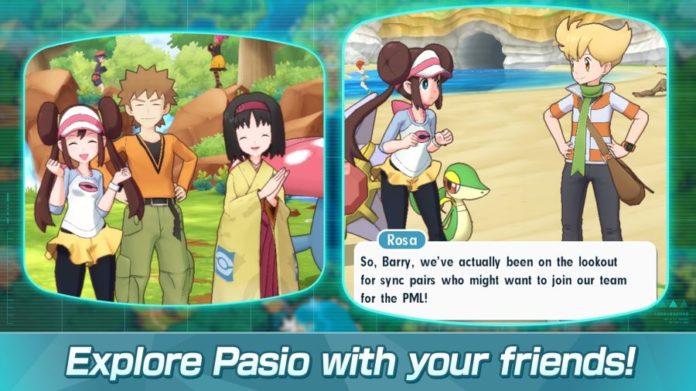 Multiplayer is always a big thing in games like Pokemon Masters and fortunately this mobile game isn’t ignoring this important aspect completely. And today I will tell you what you have to do to unlock co-op multiplayer in Pokemon Masters.

The requirements are pretty simple, actually: all you need to do is reach chapter 10 in the game. Once you get there, Co-op is unlocked in Pokemon Masters and you can bring your friends into battle from some epic 9 versus 9 pokemon fights.

At the moment of writing this article, however, there is no option to play against other people in more traditional multiplayer, unfortunately – but hopefully this will be unlocked by future updates.

Until then, we can still enjoy the coop multiplayer part of the game, which comes with a set of new features and increased challenge levels.

What should you know about Co-op in Pokemon Masters?

Probably the biggest limitation right now is that you can only start a co-op battle with people from your friends list. So if you don’t have friends playing the game, it might be a bit difficult and you’ll end up being matched with AI players which are not as fun.

Hint: If you need some extra people to play Pokemon Masters with, simply share your ID in the comment section of other people and hopefully others will add you. Try to add your timezone too, in order to make it easier for other players to add friends who will be online at the same time.

Apart from this fun feature – that of being able to play Pokemon Masters together with your friends – things don’t change a lot in terms of gameplay.

You will still have the same battle interface and fight against the other team like in regular battles, but the fights themselves will be of epic proportions, since there are actually a ton of sync pairs involved.

There’s also a new move that you can unlock and unleash upon your opponents – the Unity Move. This is unique to the co-op mode in Pokemon Masters, but works similarly to the Sync Move that you normally have in the game. It’s just a lot more destructive overall.

And this would be all that there is to be said about multiplayer and co-op in Pokemon Masters. It’s not that much of a show right now, but maybe PvP will be introduced at a later date, changing the multiplayer aspect of the game completely.