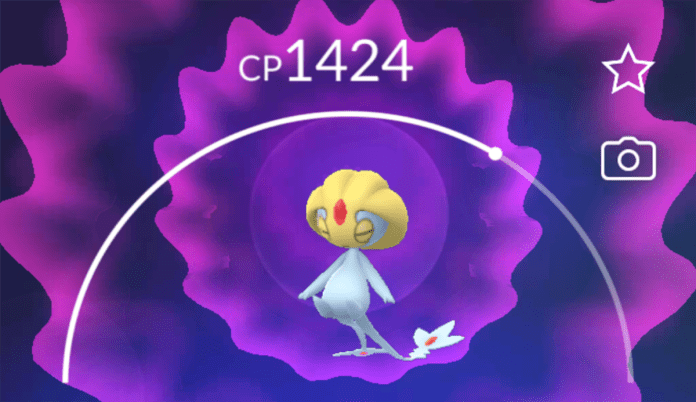 Uxie has periodically appeared in Pokemon Go raids since back in 2019. Unlike most legendary Pokemon, however, Uxie is region-locked, meaning that only players in the Asia-Pacific region will see it first-hand.

Another thing that separates Uxie from most legendary Pokemon is that it’s available to catch in the wild, albeit at an unbelievably low rate. Some players haven’t even seen a single one since its release!

Rumor has it that it’s more likely to spawn near bodies of water, but it’s incredibly rare even there, so don’t count on seeing one even if your regular Pokemon Go turf includes some waterways.

As mentioned earlier, Uxie also appears as a five-star raid boss, so don’t fret if you’re not feeling lucky enough to find a wild one. A side perk of this is that players outside of its usual range can use remote passes to team up with players in the Asia-Pacific region and get an Uxie of their own.

Uxie’s shiny form was released on September 14th, 2021, so if you do manage to get your hands on one, there’s a chance that you’ll find the coveted gold-tinted version.

What are the Big Takeaways Here?

Uxie is a regional five-star raid boss available in the Asia-Pacific region. Its shiny form is released, with most estimates giving it 1 in 20 odds of appearing as a shiny. Uxie appears in the wild, but spawns too rarely for this to be a reliable means of obtaining one.