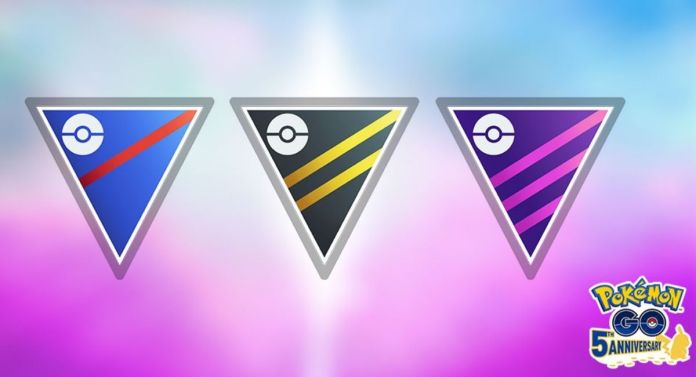 Pokemon Go’s Sinnoh Cup is coming up fast, with the brand new format scheduled to run from January 10th until January 24th, 2022. The cup’s special ruleset specifies that only Pokemon numbered #387 to #493 may be used. As a Great League format, it also requires that any Pokemon used be under 1500 CP. With that established, let’s take a look at what the Sinnoh Cup metagame is shaping up to be.

Best Pokemon in the Sinnoh Cup

While the metagame will likely continue to evolve as players sink their teeth into the Sinnoh Cup format, these are some of the Pokemon that are predicted to perform the best:

Bastiodon should hardly be a surprise here, as its utterly unparalleled stat totals in Great League give it a huge edge in the vast majority of neutral or favorable matchups. Bastiodon resists eight types and only has weaknesses to water, fighting and ground. The only issue is that its fighting and ground weaknesses are doubled, so it takes 2.56x damage from each of those types.

Among its favorite Pokemon to swap into are Froslass, Abomasnow, Drifblim and Cresselia, with the first three taking super-effective damage and Cresselia simply not having great options to damage it. That said, you will want to watch out for the Pokemon featured next.

Lucario doesn’t see a huge amount of play in most open or premier formats, but it has been quite a force to be reckoned with in several previous cups. Lucario sports the ever-popular quick move, Counter, and has a huge array of charge moves with coverage options in Shadow Ball and Flash Cannon and pretty versatile fighting STAB moves in Power-up Punch and Close Combat.

Power-up Punch and Shadow Ball are the recommended moves for one-shield scenarios, but don’t be afraid to experiment with Close Combat or even Flash Cannon if those moves aren’t working well. Close Combat is easily Lucario’s strongest neutral damage option, though you do have to be careful with the defense drop that it applies to Lucario.

Abomasnow has been a terrific Pokemon ever since the addition of Weather Ball Ice to its charge move repertoire. Powder Snow lets it spam Weather Balls and Energy Ball gives it another respectable STAB coverage option.

Abomasnow’s weak point is arguably its typing, but its greatest weakness is fire and the Sinnoh Cup has very few fire types, so you’ll mostly just need to watch out for Bastiodon and Counter-users.

Like Abomasnow, Froslass is another ice type that spams charged moves with Powder Snow, though Froslass’s Avalanche costs a bit more than Weather Ball. Shadow Ball hits like a truck with STAB and Froslass’s ghost subtyping gives it resistance to fighting moves, though you will still have to watch out for Bastiodon. Barring that, though, it honestly has few competitive hard counters.

While many of these picks are strong because of their moves, Cresselia is a bit more like Bastiodon in that it simply has a tremendous amount of stats. That said, Grass Knot and Moonblast give it pretty broad coverage and Psycho Cut lets it use either charge move quite a bit.

Aside from Bastiodon, you’ll mainly want to keep Cresselia away from ghost types as well as Drapion, which can hurt it quite a bit with Crunch.

Speaking of Drapion, this dark/poison scorpion Pokemon has really enjoyed the buffs to Poison Sting and Crunch. Drapion has excellent defensive typing, with its types mostly negating each other’s weaknesses and leaving it with only a ground type weakness.

Drapion doesn’t have many truly terrible matchups, though it doesn’t love Lucario or Toxicroak, which both resist its two STAB typings. This makes it a pretty effective safe swap, especially if you’re running Aqua Tail over Sludge Bomb.

Like all formats in Pokemon Go PVP, the Sinnoh Cup is really about finding yourself in favorable matchups. Inexperienced players will often interpret this as simply “win the lead or lose,” but good team-building can make it pretty easy to turn a losing lead into a winning match.

There are two main ways to go about this.

Use a Safe Swap

Safe swaps are Pokemon that have very few overly negative matchups. Drapion, Froslass and Munchlax are all pretty good examples of safe swaps, since none of them have any double weaknesses and they all have pretty broad coverage. If your lead is a clear loss, just swap to one of these Pokemon and in the likely case that your opponent doesn’t have a hard counter, you’re back in the game!

Safe swaps can even turn the tide when your swap loses. If your opponent beats your switch-in with a shield disadvantage or no energy and low health (farm range), your lead can simply farm it down and suddenly have a huge energy advantage against their lead.

Conversely, simply winning with your safe swap lets you use your other backline Pokemon when they swap their lead back in.

You can actually get away with a much riskier backline if you ensure that both backline Pokemon cover virtually all of your lead’s weaknesses. Let’s say you lead Bastiodon. As mentioned earlier, Bastiodon has major weaknesses to fighting and ground as well as water.

So, the natural strategy here is to pick two backline Pokemon that both resist all or most of Bastiodon’s common weaknesses. Take Drifblim, for example. Drifblim’s flying/ghost typing gives it a double resistance to ground and a triple resistance to fighting. It also only takes neutral damage from water. If your Bastiodon is in for a bad time against your opponent’s lead and you swap to Drifblim, your opponent now needs to have a backline Pokemon that counters it or they potentially risk losing switch advantage.

Suppose that your opponent has a terrific Driblim counter, though, say a Bastiodon of their own. Your Drifblim goes down after making a dent and then your own Bastiodon KOs their now-weakened Bastiodon. Your opponent sends their lead back in. Now, you swap to your other backline Pokemon.

Another Pokemon that checks Bastiodon’s weaknesses pretty well is Cresselia, since it resists fighting and can hit both water and ground for super-effective damage with Grass Knot. At this point, your opponent’s Bastiodon is KOed so they either have to have yet another check to your backline or they seriously risk losing the match.

Naturally, you can simply end up fighting 3 Pokemon that perfectly counter all 3 of your own, but this is exceedingly rare. Generally, this strategy will give you really good odds of turning a match with a terrible lead into a win!

So How Do I Win in the Sinnoh Cup?

Ultimately, these Pokemon and strategies should be an effective starting point, but Pokemon Go PVP has a surprising amount of nuance, so your success will largely depend on your knowledge of the game in general. It’s also worth noting that a huge amount of Pokemon will probably be viable, so you can absolutely use 3 Pokemon mentioned nowhere in this article and still do great.

Now get out there and have fun with the Sinnoh Cup!