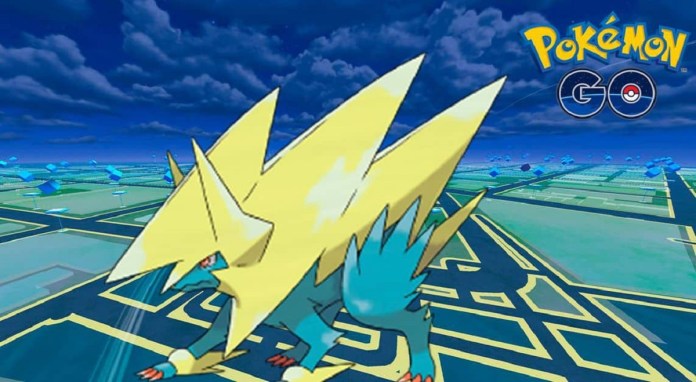 Mega Evolution has come to Pokemon GO for a while now, and with it, so have Mega Raids! This new type of Raid lets you and your friends team up to face a Mega Evolved Raid Pokemon.

With these Raid rotations, some of the most hot and happening Mega Pokemon have begun to appear, one of them being Mega Manectric! In this Pokemon GO Mega Manectric Raid Guide, we will let you in on Mega Manectric’s weaknesses, counters, and more! So read on ahead to get enlightened!

The following tier list is separated into 2 tiers: A Tier and B Tier.

These Pokemon are the cream-of-the-crop when it comes to countering a Mega Raid Pokemon like Mega Manectric due to their insane stats coupled with their typing that gives them immunity to Electric attacks, as well as access to strong Ground type attacks like Earthquake and Earth Power.

This tier consists of slightly weaker Pokemon that can counter Mega Manectric, but are going to have a harder time than the Pokemon in the A tier. These Pokemon either have an un-ideal typing like Haxorus, (only resists Electric, not immune), or possess lacking movepools and base stats.

The Mega Manectric Raid boss will only be catchable in its base form, and hence, the CP ranges obtainable are of a regular Manectric. Here are the following available CP values: