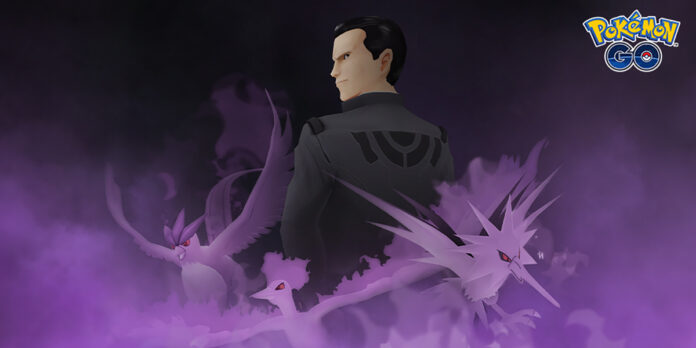 Giovanni’s Persian in Pokemon Go is infamous for being disproportionately difficult to beat compared to the first Pokemon of most members of Team Rocket. Unlike the rest of Giovanni’s roster, which is partially randomized and rotates every few months, Persian appears as his first Pokemon every single time you fight him, so it’s worthwhile to figure out effective strategies for beating it.

So, what exactly are Persian’s weaknesses and counters?

Persian is a normal type Pokemon, so its only weakness is fighting type attacks. Beyond that, every other type will hit it neutrally except ghost, which is doubly resisted by normal.

While this is probably obvious to seasoned veterans of Pokemon games, what’s less immediately apparent are Persian’s own moves and their efficacy against different types.

Persian learns the following moves normally in Go and Giovanni uses many different combinations of them on his Persian:

Scratch and Feint Attack are normal and dark type respectively, so you’ll resist Persian’s fast move damage by using Pokemon like Lucario (Fighting/Steel) or Tyranitar (Dark/Rock), which resist both types.

Persian’s charge moves are a bit tougher to comprehensively resist, but since it’s the first Pokemon and doesn’t charge energy particularly quickly, you should be able to shield any charge attacks that it uses on you.

Lucario is one of the better counters to Persian, due to it resisting both of its fast moves and being able to deal super effective damage with fighting attacks. Use Counter as a fast move and Power-up Punch as a charge move. Power-up Punch is much weaker than Close Combat or Aura Sphere, but Giovanni will shield your first two charge attacks, so a cheap bait move (that increases your own attack, no less) generally works better.

Like other Team Rocket opponents, Giovanni will pause his attacks after any charge attacks are used, so use this to your advantage and fill the space in between Power-up Punches with a series of counters. Lucario is very frail, so it still takes significant damage despite resisting Persian’s moves. As such, utilizing his pauses between charge attacks helps a lot in defeating it.

Machamp also works well in this vein, as it has higher total stats than Lucario and along with Counter as a fast move, can use Cross Chop to start breaking through Giovanni’s shields. Unlike Lucario, however, it doesn’t resist Scratch, so be prepared to potentially take a lot of fast move damage if you use Machamp.

If you don’t want to use a relatively frail fighting type Pokemon, Tyranitar presents a much bulkier alternative that resists both of Persian’s fast moves while doing respectable neutral damage with Bite or Smack Down.

Unfortunately, neither of Tyranitar’s fast moves generates a lot of energy and its charge moves aren’t particularly cheap, so even if you beat Persian, you likely won’t break both of Giovanni’s shields while fighting it. Nonetheless, Tyranitar’s tremendous stats make it a pretty effective option here.

So How Do I Beat Giovanni’s Persian?

Use Pokemon that resist Persian’s normal and dark fast moves like Tyranitar and Lucario or simply burn through its health with an aggressive fighting type Pokemon like Machamp. If your Pokemon aren’t strong enough to beat Persian with a single member of your team, consider using a second Pokemon that works decently against it while still countering one or both of Giovanni’s backline Pokemon. That’s about all there is to beating Giovanni’s Persian in Pokemon Go!