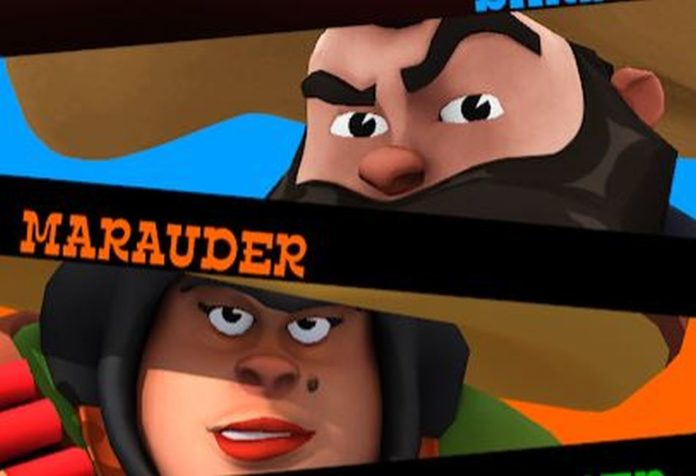 In today’s article we are going to tell you everything that you need to know about the game and the Pocket Cowboys tips and cheats to help you win all the battles in the game and defeat all the cowboys.

I do love myself a good strategy game, and this one proves to be nothing short of a good one! It is much like a board game, but with guns and shootings and all the exciting stuff! From getting a bounty placed on your head to letting bandits out of jail, there will be plenty of things to do to keep a cowboy busy!

But enough with the praising of the game – let’s not waste another second and dive right into the Pocket Cowboys tips and tricks right here below (it does indeed seem like good strategy games get the best of me)! 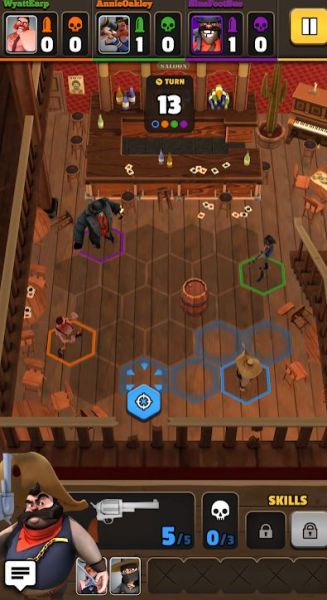 In the game there are different classes of cowboys, each with a different range and shooting style. Some of them have a super long sniper range, while others do massive AoE damage all around them.

You should always use the ones that you consider the best, especially if you have upgraded them quite a bit. There are four major stats that you should take a look at when you are choosing a team, and these are:

– Move: maximum number of spaces you can move in a turn when you choose to move.

– Ammo: the number of ammo your weapon can carry (capacity).

– Target: the number of spaces your weapon attacks. 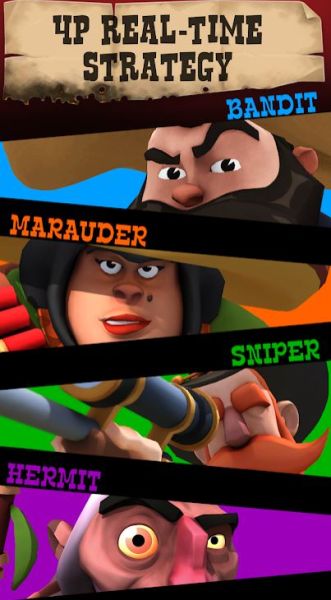 I have found that classes with a super long range tend to have an advantage over the others sometimes, but it really depends on the player and how well you can read your enemies. The AoE classes can also prove useful if you know when to move and attack, because they can take on multiple enemies in the same turn.

Get the Free Cards and loot in the Casino!

What respectable game that features cowboys doesn’t have a good casino? Well, definitely not this one! Here you can find a mighty Casino which will reward you with playing cards. Once every few hours you will be able to claim some random cards for free if you check out the offer on the top side of the screen. 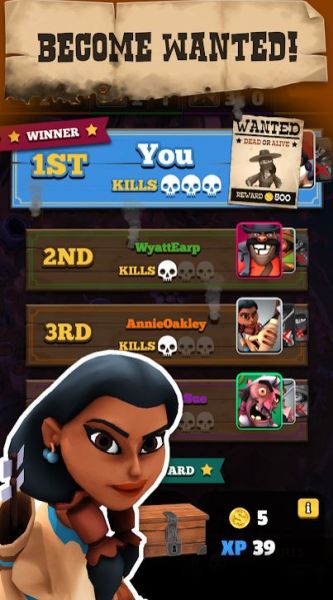 I suggest doing this as much as you can and collect all the cards to add them to your collection. You can see your collection also in the top side of the screen, and also all the cars that you have collected so far!

Watch a video for more goodies in the Casino!

Sometimes in the Casino you will be able to claim some more goodies (such as cowboy shards) by simply watching an advertisement. I suggest that you always take advantage of these, especially if you get a chance to get a new cowboy or if it offers you some shards that you could use to make upgrades.

Know what moves to make!

Every game turn you will be able to pick between 3 possible moves that you can make: move, shoot or reload. One of the most annoying moves to make is reloading, as it will have you standing still (in the same spot) for two turns, and that can be fatal sometimes.

My best suggestion would be to learn what moves to make at certain times, because the difference between a good move and a bad one is very thin. I would suggest that you move like this: 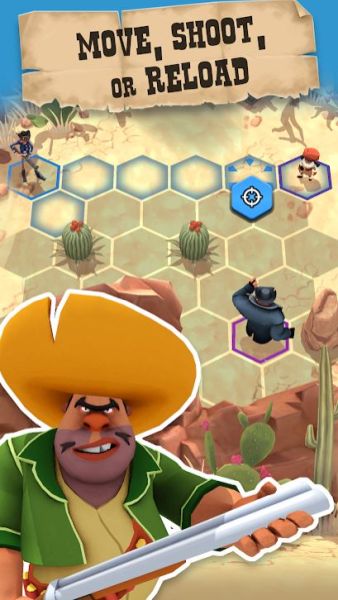 – Move when you are in the range of an enemy and you are absolutely clueless where they might shoot. As difficult as this might seem, with a bit of practice you will learn the players’ patters and kinda know what to expect at different times.

– Move if you don’t have any bullets and you need to reload. It’s best to be as far away from other players as possible so they don’t try to get to you or in range to shoot you.

– Reload as far away as possible from other players. Should go without saying that if you are defenseless, you can only get shot or get shot. There’s no way out – and you should pray that the enemy is not AoE and able to take you down while you seek a safe spot.

– Shoot when you know where the enemy will go. Sometimes it can’t be difficult to guess, but other times you might have to wait a few turns and hold on to that bullet before pulling the trigger.

I’m going to be blunt with you: at first, you’re going to lose. A lot. A lot!! You should get used to it because that’s how you learn. Of course, with a few practice game you will learn exactly what to do and what not depending on what the enemy decides to do, so don’t frat over it. 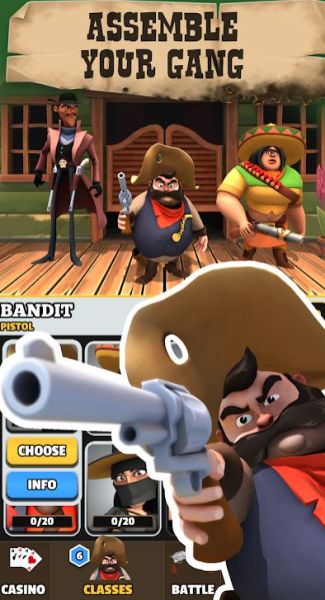 I suggest that you play as many games as necessary to get used to the game and when to do what, because I can’t tell you what to do exactly in every game, because players won’t have the same cowboys every time and they might move differently.

So overall, just practice, learn and be patient. You will get super good quicker than you think!

Rank up to unlock more goodies

Whenever you fight you will obtain EXP and that will help you rank up. It’s important that you do, because being a newbie will not prove super useful in the end. As you rank up you will unlock more slots in the Casino and Shop, and you’ll see that they are very important.

Get kills to unlock War Chests

For every kill you get you’ll get closer to unlocking a War Chest. These are super useful because they will give you several goodies, from cowboys to currency and stars. Even poker cards can be obtained – it all depends on your luck!

– In the Store you will be able to use your currency to buy gears, weapons, bait for horses, and much more. Check it often because you should definitely make a few purchases! 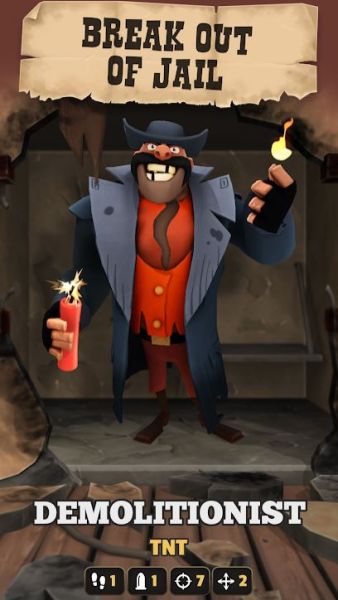 – Try to obtain a horse when you see it in a level. If you can’t, shoot it down to prevent the enemy players from riding it (yeah, that’s a little cruel, but it has to be done sometimes).

– Have extra Gold and don’t know what to use it for? Buy Carrots! They will bait the horses to you.

– Avoid the tornadoes and snakes. They can be super annoying and eventually deadly. You can even go as far away from other players as possible and let them deal with the snakes.

– Use the storm deadly area to predict where the enemies could move.

These would be all of our Pocket Cowboys tips and tricks that we’ve gathered for you right now! If you know a couple more game tips and tricks, share them with us down in the comments section below!