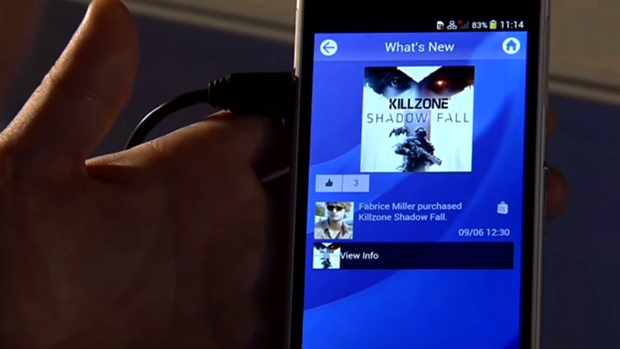 Even though the launch of Sony’s next-gen PlayStation 4 console is still roughly a day away, iOS users can snag the official PlayStation mobile app right now.

The app is available on both iPads and iPhones and allows users to take advantage of several PlayStation 4-integrated features. Using the “What’s New” feature, users can see what their friends are playing, compare their trophy collections, send messages and game invites, and even use the app as an on-screen keyboard for their PlayStation 4 console. The app also has a built-in database of PlayStation system guides, manuals, and blog posts as well as a quick browser link to the PlayStation Store.

Once the PlayStation 4 is officially released, users will be able to use the app’s second-screen function to enhance certain PlayStation 4 games with added content, challenges, and other features that will be exclusive to the app. Facebook and Twitter social integration will also allow users to share their PlayStation 4 experiences with non-PlayStation friends.

The official PlayStation iOS app is available now in North America via the iTunes app store. It is expected to launch in Europe on November 22nd.