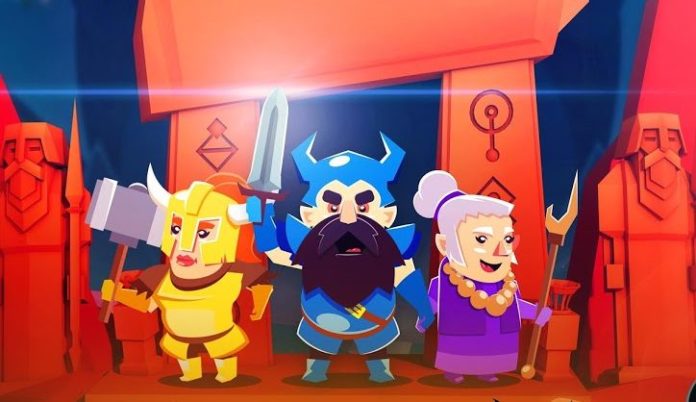 Gnomad, an evil being with no regard for the world around him wants to destroy the planet and his no good brother is stepping on others to get filthy rich. The combined forces of the two brothers leaves the planet trashed and helpless, but that is where you come in!

Starbeard is an intergalactic adventure where you command a magical squad known as the Starbeard Gnomes, a powerful race of gnomes with the ability to harness celestial energy. You play as a new gnome recruit, and you get to customize them to your liking.

As the Starbeard Gnomes, you will travel across the galaxy planet by planet saving the environment wherever you go. Each gnome has access to their own unique abilities, so there are endless combinations of squad formations.

When the Starbeard Gnomes encounter bad guys, the game switches to a unique blend of tactical RPGs and match-3 puzzle games. Your gnomes are placed on the board alongside the planet’s energy, and they can use them to fuel their powers. You can move pieces, shuffle them around, and reposition as you try to get the strongest attacks!

With a charming art style and an in-depth combat system, Starbeard is the perfect game for RPG and puzzle game lovers. The game is available now on the App Store for 2.99 USD and the Google Play Store for 3.99 USD.