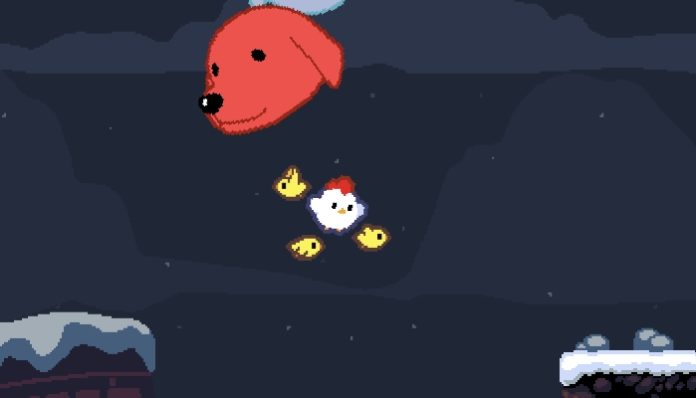 The depths of the Earth have risen, and now demons are pouring out from the bowels of Hell. There is only one person – sorry, animal – that has any chance of stopping the underworld invasion, and that is… a chicken?!

Super Fowlst is an action-packed game full of demon slaying goodness. You play as an ordinary chicken that has the power to smash demons into smithereens by simply bumping into them. We were already sold on this game from the premise alone! 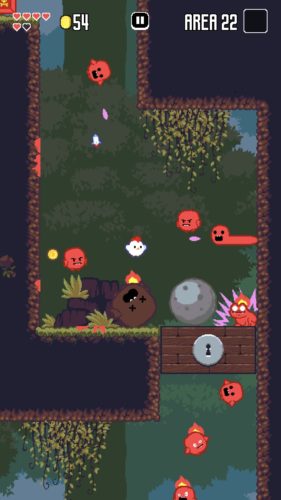 Simply tap the left or right sides of the screens to flap in that direction, and tap rapidly to ascend. The chicken will drop on his own if you do not not tap, and falling fast enough will let you plow right through the demon hordes. Smash multiple demons in a row for a combo bonus!

But the underworld army is not going to retreat without a fight, so the chicken will need to do some dodging from time to time. He has got to be careful of all the traps strewn about as well – we are talking buzz saws, turbines, and other crazy gadgets. Some of them the chicken can use to his advantage!

With a steady difficulty increase and a lot of huge bosses to fight, Super Fowlst looks like the premiere action game of December. Try it now for free from the App Store. An Android version will come later!