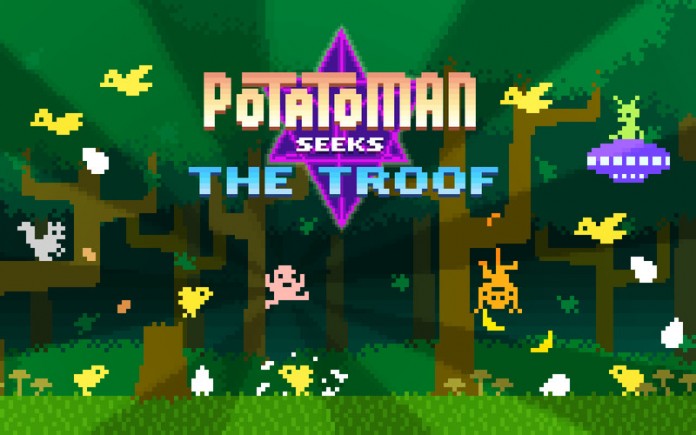 A really interesting and unusual platform game is going to be released soon on the App Store, a game that those who also play on PC probably already know.

We’re talking about Potatoman Seeks the Troof, the 2D platform game developed by PixelJam recently released on Steam. The game is a really simple platform game featuring retro styled graphics, a really unique setting and a simple yet engaging gameplay experience perfect for short play sessions. Unfortunately not much is currently known about Potatoman Seeks the Troof iOS, other than the fact that the team is aiming for a January release.

The latest game released by PixelJam on the App Store is Glorkian Warrior: The Trials Of Gork. The game is a really nice arcade shooter combining platform games features with shooting sequences that resemble classic shooter games like Galaga and many others. The combination is definitely unusual but very well done. The game has also been updated sometime after release, with the update including a new control scheme, a new set of achievements and more.

Potatoman Seeks the Troof will be released next month on the App Store. We will keep you updated on the game as soon as more comes in on it so stay tuned for all the latest news.