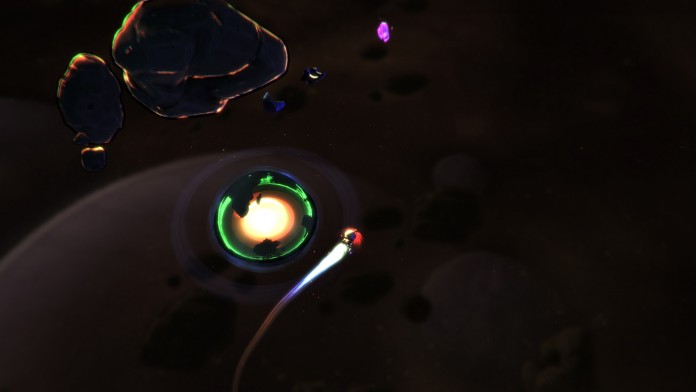 2013 has been an incredible year for iOS devices, with so many great games getting released during the course of the year.

2014 doesn’t look like willbe any different, with many upcoming titles bringing so many nice ideas that gamers will definitely find a game that will keep them hooked for quite some time.

A new trailer has been released for one of these upcoming 2014 titles, Lost Orbit. The game is a vertical platform game developed by Pixelnauts.

The trailer is narrated by a mysterious entity who probably represents the player. A maintenance worker named Harrison gets his spaceship destroyed in an accident, with the narrator himself wondering what made him help poor Harrison, who wouldn’t be able to survive without his ship in the void.

The trailer also gives us a glimpse of the gameplay experience. Players will make Harrison ricochet around asteroids and other space elements, being able to control his trajectory thanks to his backpack. Unfortunaly fuel isn’t unlimited so players will have to think hard about what to do best to not turn Harrison into a bloody space pulp.

Lost Orbit will be released on iOS in Summer 2014. You can check out the new trailer by going here. Make sure to check your airship out properly before departure: you don’t want to end up like poor Harrison, don’t you?