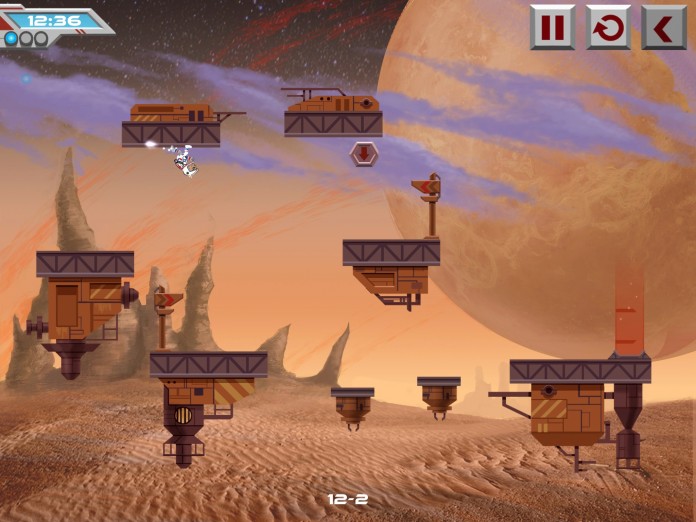 Yet another platform game has been released this week on the App Store. There’s really no shortage of these games on the App Store, each one coming with a unique feature that makes it stand out from the competition.

What makes the game stand out is how the whole experience is presented and developed. Despite featuring a simple premise, the game is far from being repetitive, as each set of stages features a unique mechanic like a jetpack, double jump, direction switching and more. The fact that each stage is also quite short keeps the game fresh and makes it perfect to be played on the go. Some of the stages are so fast paced that you will feel quite challenged at times.

Galaxy Run is now available for purchase on the App Store, costing 0.99$. If you’re thinking about the vastness of space, you may want to get prepared beforehand by taking a look at the Official Trailer for the game right below. Ready your spacesuits, folks!