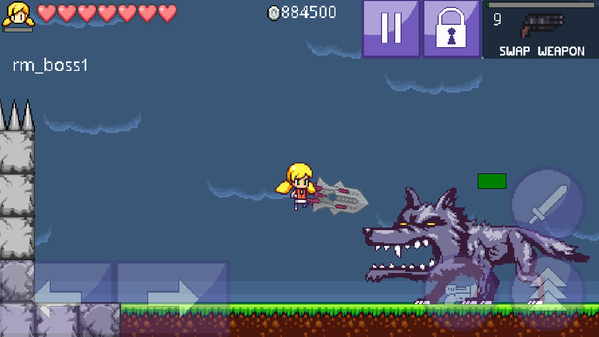 Cally’s Caves 3, the 2D platform game developed by Jordan Pearson, is now available for purchase on the App Store in all regions.

The game, which is an old school inspired platform game, comes with plenty of content such as 120 levels, two playable characters, plenty of power-ups and weapons and much more. As if all this wasn’t enough, Cally’s Caves 3 also includes a New Game Plus mode which features different enemies, a survival mode and even a weapon modding system. With all these new additions, Cally’s Caves 3 is without a doubt a worthy successor of the nice Cally’s Caves 2.

Last month Cally’s Caves 3 received a brand new trailer which detailed some of the game’s features such as stages, weapons, enemies, bosses and more. Make sure to check it out if you’re interested in the game and want to learn more about it.

Cally’s Caves 3 is now available for free on the App Store, with a couple of IAPs which allow players to unlock Survival and New Game Plus modes by using real money. The game looks like one of the best 2D platform games released in recent times so make sure to check the game out as soon as possible if you’re a fan of the genre.