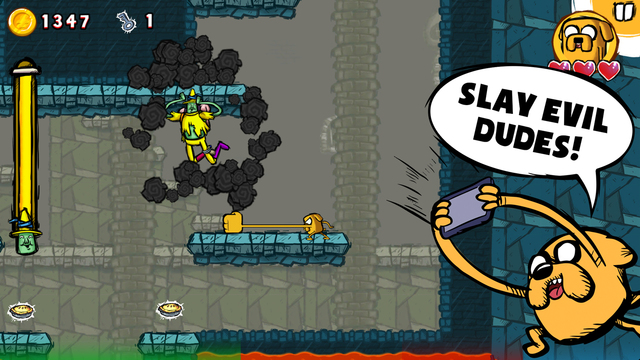 Adventure Time Game Wizard, the platform game based on the popular Cartoon Network show now available on iOS, has received a brand new update which adds features to both the main game and the creation mode.

The new update includes a brand new character, the Vampire Queen Marceline. The character comes with some unique abilities that will allow players to fully eplore the new Nightosphere levels, which are full of dangers.

New additions don’t end here. The game’s creation mode has been expanded with new demons as well as new tools which will allow players to create even more unique stages.

Adventure Time Game Wizard is definitely one of the best video games based on the popular cartoon. The game is a basically a Metroidvania platform game, where players will have to control different characters with special abilities which are needed to explore previously unreachable areas.

Adventure Time Game Wizard is now available for purchase on the App Store. The new update is also available for download right now.