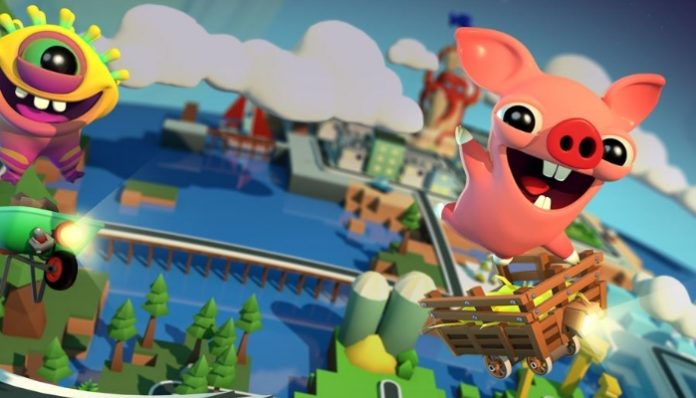 The adventurous little piggy is back on another escapade, this time out of this world! Bacon Escape 2 is the long-awaited sequel to the original endless runner featuring a daring pig on his quest to escape his wrongful capture.

At the end of the first game, the little piggy made his grand escape by flying away on a spaceship. Yes, you read that right! Piggy makes his way through the cosmos enjoying life, when suddenly his ship is caught in a debris field. Forced to make an emergency landing, Piggy finds himself stranded on a mysterious planet.

But Piggy sees the whole thing as just another excuse for a grand adventure! Piggy must now explore the planet to collect enough stars to repair his spaceship. But of course, as we all know, Piggy’s adventure are not always the safest, so expect lots and lots of obstacles and traps that will stand in your way.

We are talking electric currents, spike traps, powerful winds, freezing ice, and more! But no obstacle is too tough for Piggy, and he is even bringing some friends this time! New to Bacon Escape 2 is the ability to play with new characters besides Piggy.

There are all sorts of animal friends for you to discover here, including a wall-kicking ninja caterpillar and a graceful ballerina pug. Each animal runs through the track in their own unique way, so collect all the friends!

Bacon Escape 2 is available now for free on the App Store.

Liberate the World of Horizon in Crystalborne: Heroes of Fate, Now...