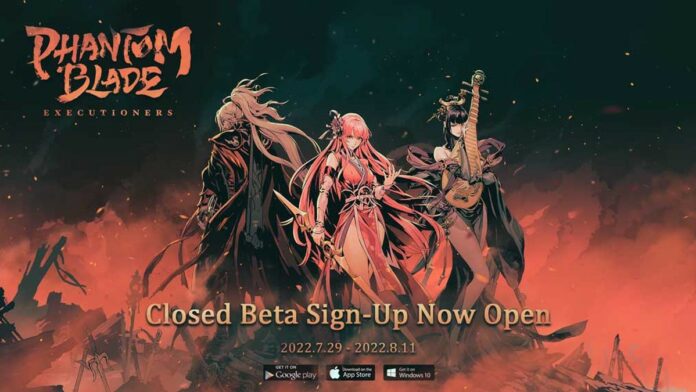 Phantom Blade: Executioners has now officially opened sign-ups for its second Closed Beta Test, letting eager fans of S-Game’s “kungfupunk” title get first dibs on the game ahead of its launch. The indie developer’s action RPG features steampunk-themed machinery with a unique style of artwork reminiscent of traditional Chinese paintings.

The second CBT for Phantom Blade: Executioners will begin on August 18th for only a limited number of players, and sign-ups will be open from now until August 11th. If you’re picked as one of the lucky few, you’ll get to experience revamped stages, more content and an extra playable character – ranged attacker and healer Chord – in addition to Mu Xiaokui and Soul.

There will also be dynamic 2D stages with physical depth, plus extra challenges players can encounter across stages such as traps and other hazards. They might even stumble upon hidden treasures along the way.

A total of 50,000 testers will be picked across the globe, with 40,000 for Android and PC and 10,000 for iOS via Testflight. The game is cross-platform enabled, and Android players will have the chance to test out the microtransactions. Purchases will be fully refunded after the CBT along with a 100% gratitude bonus during Open Beta. There will also be a special sweepstakes event on Facebook and Twitter, so give it a look to learn how to join in on the fun.

Phantom Blade: Executioners is now open for sign-ups to its second Closed Beta Test on iOS and Android